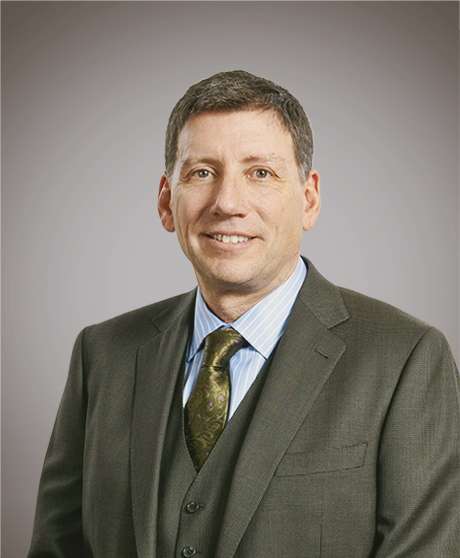 Mr. Davis is a graduate of Boston University and the University of California Hastings College of the Law. He obtained his law degree in 1989. Following law school, he worked for a San Francisco litigation boutique until 1992, when he was recruited by the San Francisco City Attorney’s Office. From 1992 through 2001, Mr. Davis served as a Deputy City Attorney representing the municipality and its employees in jury trials and appeals in both State and Federal Court.

Matt has been responsible for a number of high-profile verdicts and settlements.

Beginning in 1995, Matt was requested by then-City Attorney Louise Renne to prosecute in many of the groundbreaking consumer protection lawsuits which the City filed against big businesses, including one which accused the Bank of America of mishandling government bond funds. That case settled for $187,000,000.

In 1997, Matt was lead attorney in suits brought by the City which alleged California’s largest title insurers had defrauded consumers and the government. Those complaints resulted in verdicts and settlements totaling more than $75,000,000. While working on these matters, Matt notified authorities of improprieties which he discovered within the Office of the State Insurance Commissioner. Specifically, Matt uncovered information which demonstrated that Insurance Commissioner Chuck Quackenbush had taken action to favor insurance companies to the detriment of consumers. Quackenbush later resigned while under investigation. California Lawyer magazine credited Matt as playing a critical role in that outcome.

Matt has been responsible for a number of high-profile verdicts and settlements. Most recently, together with John Echeverria, he successfully tried a class action lawsuit on behalf of over 1,000 Hilton Hotel guests who contracted viral gastroenteritis. The suit alleged that the casino violated State sanitation laws and acted in conscious disregard of its guests’ safety. The jury awarded compensatory and punitive damages in excess of $25,000,000.

Public Transportation/Motor Vehicle Accident/Pedestrian Injury: Obtained $3 million settlement on behalf of woman who was a pedestrian in a crosswalk when she was struck by a left-turning bus. She sustained a serious brain injury. The transit agency initially claimed the carelessly woman ran in front of the bus. Experts retained by the Walkup firm, however, reconstructed the accident and proved that she was walking with the green light when the bus hit her. (Monterey County)

Civil Rights/Wrongful Conviction: Negotiated a $2.75 million settlement on behalf of Ricky Walker, a man who spent 12 years in prison after being wrongfully convicted in 1991 of being an accomplice to a gruesome murder. Depositions and discovery showed that the sheriff deputies who investigated the murder did not turn over important evidence that tended to show Walker’s innocence. In 2003, a court found Walker to be factually innocent. The true accomplice to the murder was then identified and he eventually pled guilty. (United States District Court, Northern California)

Premises Liability/Negligence/Criminal Acts: Our client, a 22-year-old college athlete, paid $10 to attend a poorly supervised hip-hop dance party in a high-crime neighborhood. Hundreds of attendees were ordered to leave the hall after fights broke out on the dance floor. The crowd gathered on the street and sidewalk in front of the hall and the fights resumed. Our client was walking on the sidewalk to his car when someone pulled out a handgun and fired shots. A stray bullet hit him in the back and rendered him a paraplegic. The shooter was never apprehended. Matt brought a suit against the dance promoter and the owner of the hall, on the theory that their negligence was a substantial factor in causing the violence in the street. The case settled for $1,425,000. (San Francisco)

Construction Site Accident/Negligence: Obtained settlements with a total value of over $2.7 million for a laborer who sustained crush injuries to his abdomen when a retaining wall collapsed into a trench in which he was working. Defendant had been operating heavy machines next to the trench. Defendant’s employee admitted at deposition that he had warned his supervisor that our client was working in an unsafe trench. The supervisor did not take any action in response and kept operating the heavy machines. (San Francisco County)

Motor Vehicle Negligence/Dangerous Road Condition/Employer Liability/Wrongful Death: Obtained $2.73 million settlement from three different defendants on behalf of the widow and two young sons of a 39-year-old man killed when his car was struck by an SUV that jumped a median barrier. The driver of the SUV was on her way home from work when she hydroplaned and swerved into the median. She paid all of her available insurance into the settlement. Usually, an employer is not liable for accidents of its employees while commuting to or from work. The employer agreed to pay a substantial amount, however, after Matt developed evidence showing that the driver’s supervisor asked her to drive to work so that she could run errands. He argued that her commute was work-related. Finally, Matt developed evidence showing that the SUV crossed the median because the barrier did not meet CalTrans’ own standards. The State contributed to the settlement. (Marin County)

Motor Vehicle Negligence/Bicyclist Injury: Obtained a $625,000 settlement on behalf of a bicyclist who was struck by a left-turning car in the Lake Donner region. The crash fractured the bicyclist’s pelvis and caused a partial amputation of his left thumb.

Premises Liability/Negligence/Punitive Damages/Hazardous Tree/Wrongful Death: Obtained settlement of $2.7 million for husband and two adult daughters of a 54-year-old woman who was killed when a dead tree fell into a public roadway and struck her car. The tree stood on land that was part of a large apartment complex. Matt located the former property manager who testified that about three years before the accident she warned the complex owners that the trees next to the road were dying and in danger of falling and killing someone. (San Francisco County)

Dangerous Public Property/Hazardous Tree/Wrongful Death: Represented relatives who witnessed the death of their 82-year-old mother/grandmother. The family was on an outing to the “Monarch Butterfly Sanctuary” in Pacific Grove when large limbs fell from a dead tree and landed on the decedent. Internal city documents showed that the city had been warned to cut down this tree several years earlier. The case settled for $1 million one week before trial. (Monterey County)

Motor Vehicle Negligence/Underinsured Motorist Arbitration: Obtained $500,000 settlement on behalf of a man who sustained a broken wrist and other injuries in a head-on collision. The wrist injury was particularly bad for this client because he was already a paraplegic and thus used his hands and arms in place of his non-functioning legs. The driver who was responsible for the accident was an off-duty Marine who had limited insurance ($25,000). The action proceeded against the client’s own insurance company based on the “Underinsured/Uninsured” provisions of his policy. The matter settled for the policy limits. (Sonoma County)

Motor Vehicle Negligence/Pedestrian Injury: An employee of an East Bay car dealer carelessly drove a car out of a lot and struck a 79-year-old woman who was on the sidewalk. She broke her leg and hip. She eventually needed a hip replacement. The matter settled at mediation for $850,000. (Alameda County.)

Motor Vehicle Negligence/Brain Injury: Together with Rich Schoenberger obtained a $4,050,000 settlement on behalf of a recent business school graduate who suffered a brain injury after being hit by a car while in a crosswalk. The driver had a limited personal insurance policy (only $50,000). She was employed by a large Silicon Valley Company and she gave conflicting accounts as to what she was doing when the accident occurred. She told police that she was headed from one company campus to another. She later said she was going home. Matt and Rich named the company as a defendant. The company agreed to contribute $4 million toward the settlement after Matt and Rich established that the driver was still on the clock when the accident occurred and that she sometimes used her car to run company errands. (Santa Clara County)

Delivery Truck Negligence: Represented the adult son and daughter of a man who was struck and killed by a FedEx truck. Even though the clients lived in the Philippines and had not seen their father in 10 years, it was shown that they regularly spoke over the phone and corresponded. Thus, the loss of their father was great. The case settled at mediation for $1,000,000. (San Francisco County

Truck Accident/Scooter Injury: A garbage truck made a sudden left turn in front of a young woman riding a motorized scooter. She hit the side of the truck and broke both of her wrists. $330,000 settlement. (San Francisco County)

Premises Liability/Negligence: Together with Richard Schoenberger obtained a $1,070,000 jury verdict after a two-week trial on behalf of a man who sustained a back fracture when a flagpole failed as he was attempting to change a banner on it. (Stanislaus County)

Optometric Malpractice: Represented 70-year-old lawyer who lost partial sight in one eye because an optometrist working for an optical chain failed to recognize the symptoms of his incipient glaucoma (high intra-ocular pressure and loss of visual fields). The matter settled for $540,000. (San Francisco County)

Taxpayer Action/Pro Bono: Negotiated $25,000,000 settlement with the City and County of San Francisco on behalf of taxpayers who alleged that city was misspending funds earmarked for rebuilding Laguna Honda Hospital. (San Francisco)

Dangerous Condition/Common Carrier: Obtained a $550,000 settlement on behalf of a 24-year-old woman who sustained a back fracture when tree limbs fell on to her as she waited for a bus. (San Francisco County)

Motor Vehicle Negligence/Injured Motorcyclist: During pre-dawn hours an SUV made a sudden left turn in front of a motorcycle. The motorcyclists sustained wrist and hip fractures in the ensuing collision. The case settled for $250,000, the policy limits of the SUV driver. (San Francisco County)

Motor Vehicle Negligence/Burn Injury: $993,000 settlement obtained before filing a lawsuit on behalf of 48-year-old woman who sustained fractures and chemical burns when the van in which she was a passenger rolled over. (Bakersfield)

Dangerous Condition of Public Property/Hazardous Tree: Obtained $800,000 settlement on the fourth day of a jury trial on behalf of the family of a man who died when his van struck a tree that had fallen across a roadway maintained by CalTrans. (San Mateo County)

Motor Vehicle Negligence: $365,000 settlement obtained on behalf of a 28-year-old woman who sustained fractured wrist in a motor vehicle accident. The other driver was a state employee. (Glenn County)

Motor Vehicle Negligence/Punitive Damages: $325,000 settlement on behalf of a passenger who sustained closed head injuries when the driver of sports car peeled out and crashed into a ditch. The settlement involved the defendant driver paying $75,000 in addition to the policy limits of $250,000.

Agricultural Negligence: Represented a young man who was helping perform chores at a farm owned by his uncle. A large pile of cut corn (called a “silage pit”) collapsed on him and broke his pelvis. Negotiated a $240,000 settlement. (Merced County)

Dog Attack/Negligence: $225,000 settlement on behalf of a police officer whose horse was attacked by a pit bull while the officer was on duty in Golden Gate Park. The officer was thrown from his horse and sustained neck and back injuries. (San Francisco)

Motor Vehicle Negligence/Injured Bicyclist: Bus driver made a left turn into the path of an oncoming bicyclist. Bicycle struck the side of the bus and he broke a clavicle bone. The matter settled for $95,000. (San Francisco County)