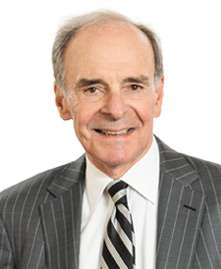 Born and raised in San Francisco, Paul is a graduate of UC Berkeley law school where he graduated at the top of his class. A U.S. Army JAG Corps veteran, throughout his civil litigation career, Paul has consistently produced optimal results for clients in major aviation, government tort, product liability, medical malpractice, and other catastrophic injury cases.

Over the course of his long career, Paul has tried personal injury and death cases in nearly every county in California.

A pioneer in the field of medical device and pharmaceutical mass tort litigation, Paul was among the early attorneys to become involved in women’s health issues relating to dangerous birth control drugs which produced abnormal blood clotting and strokes in young women.

In 1975, Paul obtained the first major verdict against G.D. Searle on behalf of a young woman who suffered a stroke after taking Enovid. That case and others successfully tried around the country, led to more careful FDA regulation of oral contraceptives and more meaningful warnings for women concerning the dangers of the pill.

Thereafter, Paul became involved in the national litigation relating to the dangers produced by poorly designed IUDs. The most notorious among these was the Dalkon Shield which caused pelvic inflammatory disease, sterilization, birth complications, and death. Paul was among a national consortium of plaintiff’s attorneys who handled hundreds of these cases. Recoveries achieved by the Walkup firm and others resulted in the financial demise of the manufacturer of the Dalkon Shield.

Having achieved multiple seven-figure verdicts and settlements he has consistently been recognized as one of the premier plaintiff’s personal injury lawyers in the state. His list of multimillion-dollar verdicts includes product liability, medical malpractice, and drug and device failures.

His success and preeminence have led to his election to the most prestigious legal honorary societies. He is a Fellow of the American College of Trial Lawyers, a Diplomate of the American Board of Trial Advocates, a Fellow of the International Academy of Trial Lawyers, a Diplomate of the American Board of Professional Liability Attorneys, and has been listed in the Best Lawyers in America since its inception more than 25 years ago. He has been listed as a “Top 100” Super Lawyer every year. He was one of the founding members and a former President of Northern California’s first American Inn of Court. In 2014, Paul was presented with a Lifetime Achievement Award by the San Francisco Trial Lawyers recognizing his skill, experience and dedication to the representation of those who have been injured, killed and maimed through the negligence and wrongful conduct of others.

Paul currently assists the firm in a variety of roles on a broad spectrum of cases and serves as a mentor and tutor to the younger members of the firm.