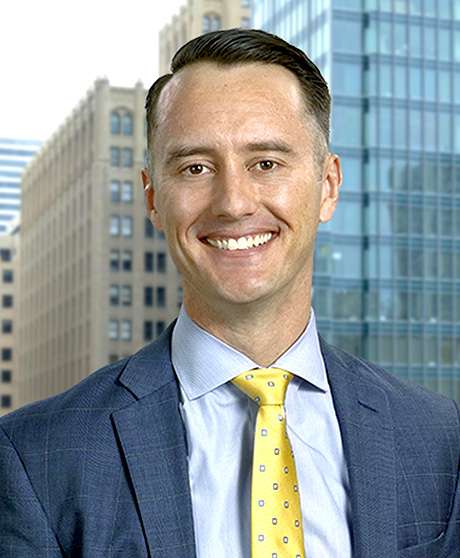 Outside of his practice at Walkup, he also teaches at the University of California-Berkeley Law School as a lecturer in trial advocacy.

In addition to his teaching, he directs Berkeley Law’s external trial competition program and coaches multiple trial advocacy teams. Under Spencer’s guidance, the program has risen to national prominence, having won many national honors and distinctions, including several national championships. Spencer serves as the Regional Representative for Northern California, Nevada, Arizona, and Hawaii in the National Association of Legal Advocacy Educators.

“I was apprehensive about whether or not I should be seeking damages for a life-changing injury. Spencer patiently explained the process, expected timeline, and strategy in terms that were easy for a layperson to understand. I always felt like my case was a high priority. They helped transform a devastating injury which threatened my career into a positive outcome which provided real security for my family's future.”

"Walkup is the firm where one will find Lawyers with Heart, Feelings and Integrity. Our experience with them is nothing but Passion we got from Michael Kelly and his staff but especially Spencer Pahlke. We got care and handle the case so professionally that I don't have enough words to write.”

"I worked directly with Spencer Pahlke after a serious motorcycle accident. I was constantly impressed with the professionalism and empathy his team showed me. I can honestly say there's no better lawyer out there and I definitely will call Spencer again if I have any personal injuries claims!”

"I had the pleasure of working with Spencer Pahlke, immediately after speaking with him about my case I felt a sense of relief and knew I was in the right hands. Long story short he helped me win my case and I HIGHLY recommend him and his firm."

“I worked with Spencer Pahlke… he has been an incredibly encouraging and patient advocate for over a year and helped me win my case! Spencer and his team are extremely kind, transparent, competent, skilled, and fight hard for their clients - I can't recommend this law firm enough.”

“I cold-called Walkup after doing some research on the internet and was transferred to Spencer Pahlke, who is an excellent personal injury attorney. I felt from day 1 that I was in very good hands and that his advice was very solid and well-considered. On top of being highly intelligent, Spencer is a very nice person and easy to talk to as well.”

"My husband and I were involved in an auto accident and felt incredibly burdened by the combined stress of dealing with our injuries and the numerous parties involved, from hospitals to insurers to therapists and every billing clerk and adjuster in between. Spencer took care of everything. Spencer’s professional diligence and relentlessness on our behalf was absolutely the reason we have finally been able to put the accident behind us and have gotten a very fair result. - client

“Spencer’s incredible skills are a reflection of the type of professional excellence you can expect from Walkup."

Spencer is a co-author of Introduction to Trial Advocacy: The Elements of Trial, a pioneering all-online video lecture series that teaches aspiring trial attorneys at all levels the fundamentals of trying a case.  Introduction to Trial Advocacy has been published through Trial Guides, a renowned legal publishing house, and is designed for both self-study trial advocacy learning and use in a trial advocacy course.

Spencer is also a recipient of the Edward D. Ohlbaum Professionalism Award, an award designed to recognize a trial advocacy teacher and program director who exemplifies the late Professor Ohlbaum’s commitment. professionalism, integrity, and honed proficiency.  The award honors an individual whose life and practice display sterling character and unquestioned integrity.

Spencer has taught and lectured on trial advocacy and tort law at institutions including the University of Michigan School of Law, Universidad de Monterrey (Mexico), San Francisco State University, and UC Berkeley. Spencer has also been an invited lecturer at Baylor University’s prestigious School of the Trial, hosted annually in St. Andrews, Scotland.  Spencer’s teaching includes instruction at the Public Defender’s Offices of San Francisco and Sacramento Counties.

Spencer provides ongoing legal education, including developing and co-chairing programs produced in conjunction with Berkeley Law, with a special focus on providing training to young attorneys. He has also co-chaired a presentation on governmental liability and design immunity, spoken to leading trial associations regarding governmental liability, made presentations on liability for commercial carriers, and lectured on the topic of liability insurance in the context of products liability.

After graduating with Highest Distinction from the University of Nebraska with a double major in Economics and Psychology, Spencer attended law school at Berkeley Law, receiving his J.D. in 2007. At Berkeley, Spencer was a member of the California Law Review as well as an associate editor for Ecology Law Quarterly. Academically, he won Prosser Awards in Legal Ethics and in Environmental Law.

Spencer’s main interest in law school was trial advocacy, both in Berkeley Law’s competitive trial advocacy program and its clinical programs. Clinically, he tried cases before Oakland’s Citizens’ Police Review Board. There, his responsibilities included representing people claiming violations of their constitutional rights at the hands of the Oakland Police Department. He successfully competed on several trial teams. He won the Bay Area trial competition held by the San Francisco Trial Lawyers Association. Additionally, in the National Trial Competition, his three-person team was a regional finalist, and he won two top advocate awards.

Spencer joined the Walkup firm in 2007, and practices all types of personal injury litigation in all courts within the State of California. He is also an active volunteer and organizer with Refuse Refuse San Francisco, a local organization dedicated to motivating residents to help pick up trash and clean up the city’s streets.