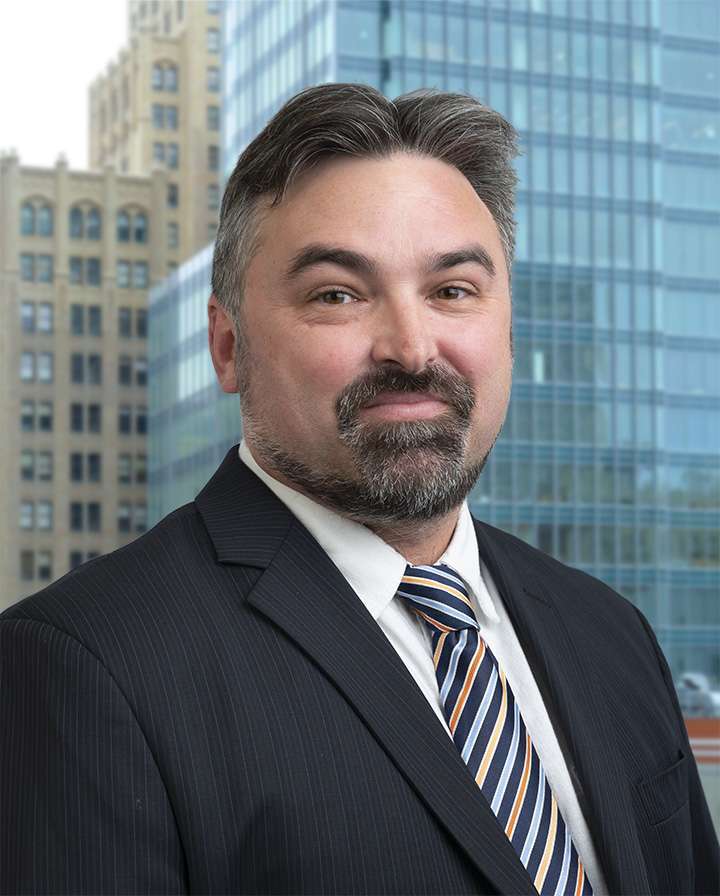 Joseph Nicholson brought his passion for advocating on behalf of injured people and consumers to Walkup, Melodia, Kelly & Schoenberger in 2017. Since then he has successfully represented individuals and families who suffered catastrophic injuries or wrongful death in a wide variety of contexts from automobile collisions to elder abuse and defective products.

Joseph has been named a California Super Lawyers Rising Star, a peer designation awarded to no more than 2.5 percent of attorneys in each state.

In 2018, Joseph was part of a Walkup trial team that won a $5,510,000 verdict – one of the highest ever in San Luis Obispo County – on behalf of an injured motorcyclist against a general contractor who violated traffic control safety rules.

"Look. Up in the sky. It's a bird, it's a plane. No, it's Conor Kelly and Joseph Nicholson, the best of the best. I tripped on some uneven pavement at a gas station and had a very bad fall. Conor Kelly and Joseph Nicholson and their most professional team handled my case. They were no less than amazing and negotiated a settlement that was amazing, if you are fond of understatement, and well above my expectations. Congratulations on a job well beyond just well done. The bottom line is, if you are in need of an attorney, this firm is the best of the best."

"I was hit by a car while I was walking in my neighborhood. I nearly died in the emergency room then spent 2 months in intensive care and a total of 4 months bedridden in a hospital. They are extremely professional and knowledgeable. Matthew and Joseph were dedicated, considerate, and responsive in every step. They truly care about their clients and went the extra mile to make their client happy."

“I nearly died in the emergency room then spent 2 months in intensive care and a total of 4 months bedridden in a hospital. Matthew and Joseph turned every stone; and found a solution to what at one time appeared to be a nearly impossible case. The settlement we eventually reached was well beyond our expectation."

"With their help, I have been able to focus on recovering and to the surprise of my doctors have been able to learn to walk again. I was truly blessed to have Matthew and Joseph represent me. They helped me and my family get through a very painful time.”

“When I was faced with a difficult legal situation, another firm referred me to Walkup, and I am so grateful that they did. I wholeheartedly would refer anyone to Walkup. Joe Nicholson and the entire team that I worked with was highly respectful, responsive, and took time to really understand me and the details of my case. It was a long case, but I felt that Walkup was a friend helping through it all.”

Joseph has continued to represent injured plaintiffs in a wide variety of cases throughout California. In 2019, he helped secure a 7-figure settlement for a 68-year-old woman who was run over by an automobile driven by an employee of a local restaurant in Marin County. In 2020, he recovered 7-figure settlements in two Santa Clara cases, for an infant child who was the victim of alleged medical malpractice and for an elderly pedestrian struck by an automobile in a construction zone. In 2021, he obtained a 7-figure settlement for the widow of a worker crushed to death while performing equipment maintenance at a food distribution center in Stanislaus County.

Joseph has been named a California Super Lawyers Rising Star, a peer designation awarded to no more than 2.5 percent of attorneys in each state. Motivated by a profound respect for the power of the civil justice system to protect citizens from corporate and institutional wrongdoing, Joseph continues to level the playing field for individual victims through diligent and comprehensive preparation of cases for trial or fair settlement.

Joseph is a 2012 graduate of UC Hastings College of the Law in San Francisco. After graduation he joined a nationally recognized Bay Area asbestos litigation plaintiff’s side law firm and worked with a team of highly experienced litigators on cutting edge issues affecting mesothelioma victims. As an associate, Joseph litigated all aspects of asbestos and mesothelioma cases on behalf of workers and their families throughout California.