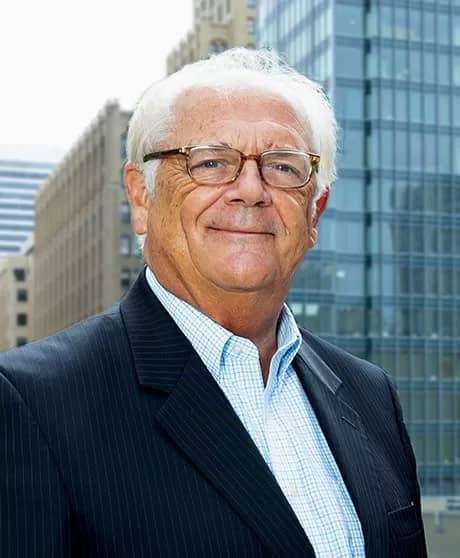 Mike Kelly is one of the nation’s top personal injury attorneys. For four decades he has protected consumers from corporate greed, medical mistakes, dangerous household products, unsafe medical devices, and motor vehicle accidents of every kind. He has tried, settled, and arbitrated more than 200 cases where the recovery by his client exceeded $1 million. In 2020 he helped negotiate the multibillion-dollar resolution of the 2017 California wildfire lawsuits brought against utility giant PG&E. Before that, his $8.341 million verdict in the first DePuy ASR/Johnson & Johnson metal-on-metal artificial hip litigation helped produce a $2.5 billion national settlement for all victims.

He is a sought-after speaker and teacher having presented more than two hundred invited lectures, tutorials, seminars and advocacy demonstrations across the United States, Asia, South America, the United Kingdom and Eastern Europe.

In 2021 Mike was the number one vote-getter for the second year in a row on the 2021 list of Northern California “Super Lawyers”. A member of the prestigious Inner Circle of Advocates, Kelly was also included on the “Top 10” and “Top 100” list of lawyers in Northern California for the 18th time, as well as being selected by Best Lawyers to its prestigious roster for the 20th consecutive year. Recognized for his leadership in some of the most significant consumer protection cases in our state, Kelly made the list of the Los Angeles Daily Journal’s 2021 Top Plaintiff Lawyers and was inducted into Lawdragon’s Hall of Fame for his many years of pro-consumer successes, most recently demonstrated by his role in the litigation against the giant utility PG&E for the damage caused by the 2017-2018 Northern California wildfires and the devastating Butte County Camp Fire.

“Mike Kelly was very upfront and honest about what I could achieve during the litigation process and kept me informed throughout. My particular injury was one that the risk/reward factors for many lawyers was not worth taking. He was always accessible by phone and able to address my questions and concerns. Unlike may personal injury lawyers, Mike Kelly has a very strong moral compass. He was honest, forthcoming, and tenacious in achieving a favorable outcome with my case.”

“Mike Kelly was very upfront and honest about what I could achieve during the litigation process and kept me informed throughout. My particular injury was one that the risk/reward factors for many lawyers was not worth taking.

“I had the honor of going to trial with Michael Kelly in Santa Fe, New Mexico. He is outstanding! He cares about his clients, about their past, what they have been through, what they go through, and what they will go through in the future. When he goes to trial, he is prepared and ready. He takes command of the courtroom.”

“I had the honor of going to trial with Michael Kelly in Santa Fe, New Mexico. He is outstanding! He cares about his clients, about their past, what they have been through, what they go through, and what they will go through in the future.”

When resolution by mediation or settlement fails, Kelly is ready to take his clients’ cases before juries. Recent trials have produced a $4 million jury verdict against the Golden Gate Bridge Highway and Transportation District for the death of a pedestrian struck by one of its buses, a $5.6 million jury verdict against a Super Shuttle driver for the death of a retired restauranteur, a $12.75 million recovery against a domestic automaker(auto rollover), a $10.5 million settlement for the wrongful death of a single mother, and a major 8-figure confidential settlement against Kaiser Health Plan for a catastrophically injured infant. His $8.35 million verdict on behalf of a construction worker who lost an arm showed his skill in work-site injury cases. His $23.2 million jury verdict in a birth injury medical malpractice case in Minnesota ranks among that state’s largest verdicts for obstetrical injury.

Beyond stellar results for his clients, Kelly is proud of his many contributions to the legal community. He is a speaker for 360 Advocacy for whom he chairs its annual Trucking Litigation program. He teaches regularly for NITA, The Rutter Group, ABOTA, the Consumer Attorneys of California, AAJ, SFTLA, and the Bar Association of San Francisco. He served for 10 years as the Director of Teacher Training programs for the National Institute of Trial Advocacy and remains a member of its Board of Governors. He has long been active in protecting the rights of the underrepresented, working for pedestrian and bicyclist safety, lobbying for compensation fairness for medical malpractice victims, and protecting the rights of the LGBT community.

He has been elected as the “Trial Lawyer of the Year” by the California Chapters of the American Board of Trial Advocates and the San Francisco Trial Lawyers Association. His teaching has earned him the Consumer Attorneys of California Robert E. Cartwright Award as well as the Robert Oliphant Award presented by the National Institute of Trial Advocacy.