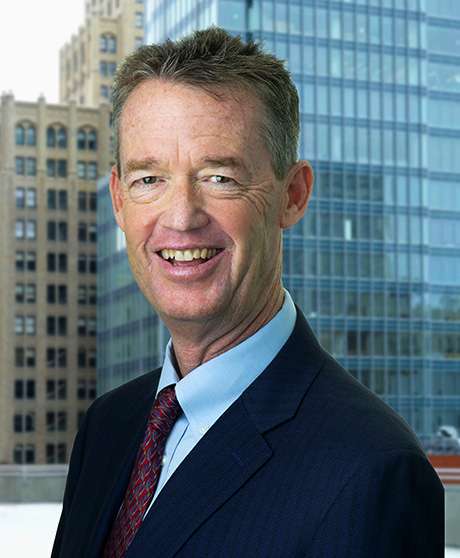 Richard H. Schoenberger has enjoyed remarkable success in his 33 year legal career. His outstanding skills and presence in the courtroom have made him one of the most highly respected trial lawyers in California.

In an article printed in the Los Angeles Daily Journal, an opponent was quoted as follows: “Schoenberger is everything that a good plaintiff’s lawyer should be: ethical, professional and smart, and he works hard.”

At various times he has held or shared the record for the largest verdict in particular case types in San Francisco, Sacramento, Santa Clara, San Luis Obispo and San Mateo Counties. Eleven of his many jury verdicts have been for at least one million dollars and most have been for multiple millions, including eight figures. In 2021 alone, Rich resolved individual cases for $18.5 million, $19 million and $23.5 million, with the last constituting the largest known settlement of a medical malpractice case in California history. In the past five years alone, Rich has achieved results, either through verdict or settlement, that total more than $325 million, including more than 40 million and multi-million dollar recoveries. He has tried to verdict or settled well over 100 cases for a million dollars or more, including more than 20 eight figure cases.

“I was in a serious motorcycle accident that was life altering and the compassion I received from Rich Schoenberger and his firm was beyond my expectations. They truly do care about their clients. This being my first time dealing with not only major injuries but also a lawsuit of any kind I was very nervous and overwhelmed but Rich and his firm made me feel comfortable and confident that his team would do their very best for me so I could concentrate on my recovery.”

“Other attorneys either thought my case was less valuable, or in other ways didn't understand the situation well. Rich Schoenberger and Jeff Clause offered me a custom solution that perfectly fit my needs. They have all the patience, honesty, professionalism, experience, relationships and work ethic you could hope for."

“Choosing Richard Schoenberger and Matthew Davis to handle our case was one of the best decisions we have ever made and we remain in awe of their expertise (not to mention their kindness and sensitivity). They are quality attorneys and, even more, quality people! Mr. Schoenberger is one of the best lawyers I have had the pleasure of knowing and as a former police officer I have known quite a few. He is not only forthright but he is honest and fair.”

In the past six years, Rich has been selected Best Lawyers in America Plaintiffs “Lawyer of the Year” in the San Francisco area three separate times – 2016, 2019 and for the upcoming year 2022 – twice for Personal Injury Litigation and once for Medical Malpractice Litigation. Only a single lawyer in each practice area and designated metropolitan area is honored as the “Lawyer of the Year”. Rich has been selected as the Trial Lawyer of the Year by the San Francisco Trial Lawyers Association, and in 2021 was a finalist for Trial Lawyer of the Year by the Marin Trial Lawyers Association.  He has been recognized as one of the “Top 100” lawyers in Northern California for the past 11 years, is “AV” peer review rated by Martindale-Hubbell, has been included in the national publication The Best Lawyers in America for the past 17 years and has been a Super Lawyer in Northern California for every year the designation has existed. For the past two years, he has been selected as one of the top 500 Lawyers in America by Lawdragon. In 2021, Rich was named to The American Lawyer’s list of West Trailblazers for his impactful resolutions that resulted in policy and design changes which improved public safety.

As a highly sought after trial advocacy teacher on a national and international level since the early 1990s, a partial list of where Rich has been invited to teach includes the University of California, Berkeley, School of Law; the Judicial Council of California’s Judicial Studies Program; dozens of programs for the National Institute of Trial Advocacy; Emory Law School’s renowned Kessler-Eidson Trial Techniques Program in Atlanta, Georgia; the Republic of Georgia where he taught advocacy to 24 selected attorneys whose government had only recently allowed the right to a jury trial; Northern Ireland solicitors in Belfast; and trial lawyers in Sarajevo.

After graduating from Santa Clara University in 1982, Rich attended the University of California, Hastings College of the Law. He began practice in 1985 as a Deputy District Attorney in the Alameda County District Attorney’s Office, where he prosecuted serious felonies. He joined the Walkup office in August of 1987, became a partner in 1995 and a named partner in 2005.

Since 2013, Rich has taught Mock Trial and other subjects at Bridge the Gap, a wonderful Marin City school designed to prepare at-risk youths for high school and college. For years before that, Rich served as CYO Athletic Director at St. Patrick’s in Larkspur and as Minor League Rep for the Twin Cities’ Little League Board of Directors. Rich also used to be found on some field or court, having coached more than 30 of his three kids’ teams. All three went on to play four years of Division I volleyball or baseball where they were coached by people who, unlike their dad, knew what they were talking about.