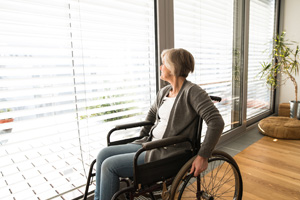 In these modern times, as parents and grandparents grow older, busy working family members are unable to keep senior members of their family at home. When they are unable to take care of the older members of the family, California families are increasingly turning to licensed nursing homes, residential care facilities, and assisted living facilities to ensure that loved ones get the proper attention, care, service, love, and compassion they deserve. But unfortunately, with the increase in frequency, we see nursing homes and elder care facilities failing to live up to the promises they make to care for our loved ones. Too often our San Francisco nursing home abuse attorney sees and hear reports of assisted living facility residents being subjected to physical abuse, emotional harassment, and neglect.

Elder abuse and senior mistreatment in our community is a very real problem that afflicts nursing homes and residential care facilities throughout California every day. If you suspect that you or a loved one has been a victim of nursing home abuse, your family member may be entitled to compensation.

Walkup, Melodia, Kelly & Schoenberger have a legal team dedicated to advocating for senior citizens and victims of nursing home abuse. We have successfully made recoveries on behalf of senior citizens against nursing homes and residential care facilities. Contact us today for a free consultation – we can give you the justice and closure you deserve.

There is an ever-increasing number of people aged 65 and older living in nursing homes and assisted living facilities. Here are some statistics regarding these people and nursing home abuse.

In California, the legislature has enacted statutes which define quote neglect” as well as what an injured person must prove in order to recover for elder neglect. The governing statute is found in Welfare And Institutions Code Section 15610.57.

Welfare And Institutions Code Section 15610.57 defines “neglect” as meaning the negligent failure of any person having the care or custody of an elder or a dependent adult to exercise that degree of care that a reasonable person in a like position would exercise.

The statute goes on to provide that “neglect” includes all of the following:

And lastly, the statute provides that abuse includes the failure to satisfy the needs of an elder or dependent adult who is suffering from cognitive impairment, mental limitations, substance abuse or chronically poor health. Speak with our San Francisco nursing home abuse attorney if you have questions.

The judicial definition of elder abuse decreed by the Center for Elders and the Courts is similar but not exactly equivalent. According to that body,, elder abuse includes:

Whether it’s physical abuse, neglect, or financial exploitation, there are common and reoccurring reasons as to why nursing home abuse occurs.

According to The Center on Elder Abuse, physical abuse is the most reported form of abuse in residents of long term care facilities. 29% of complaints in U.S. nursing homes and 25% of complaints in U.S. board and care facilities specifically cite physical abuse. This includes anything, from kicking, punching, hitting, and slapping to pushing, biting, burning, and even fractures.

While these may seem minor, the effects can be profound. According to the National Center for Elder Abuse, seniors who experience even modest abuse have a 300% higher risk of death.

It’s important to know that neglect is also a form of physical abuse as well. When a nursing home resident intentionally does not get the care that is required, that can be grounds for abuse. This is often found in nursing home or assisted living residents who are bedridden due to sickness or old age. Common indicators of neglect include:

One of the rising concerns of nursing home abuse is resident-to-resident abuse, in which residents react aggressively and violently toward other residents in long-term care facilities. This includes physical, verbal, and even sexual abuse.

In California, incidences of resident-to-resident abuse are occurring due to the shifting population of nursing homes, where people who aren’t necessarily senior citizens are being admitted into long-term care facilities. Nursing homes these days aren’t meant just for elderly citizens – instead, they house three distinct populations:

Mixing these potentially belligerent individuals with frail elderly residents can be a volatile mix, an ideal environment for resident-to-resident nursing home abuse to occur.

While elders are subject to financial abuse, they can even be victims of it in a long-term care provider like a nursing home or assisted living facility. Also known as financial exploitation, this can happen in nursing homes when someone illegally or improperly uses your money or belongings for their own personal use.

Nursing homes may allow their residents to deposit personal funds with the facility to use later. Because of this arrangement, residents often do not know that their money is being stolen – and are unaware of their own rights in the matter. In reality, nursing home facilities are required to:

Additionally, residents have the right to:

Residents should make sure to check their finances often and be wary when caretakers do not follow your strict financial directions. If you see any irregularities in your funds, you may be a candidate for financial abuse – and may be entitled to compensation. Call a San Francisco nursing home abuse attorney today.

Who is Liable in Nursing Home Abuse?

Nursing home abuse can occur directly from a number of different parties, such as caretakers, nurses, aides, and even other residents.

However, nursing homes and other long-term care facilities usually have a strict “duty of care” to residents, due to their significant, important influence on residents’ everyday lives. These facilities are responsible for providing food, shelter, and healthcare to its residents, and as such, may be ultimately liable for anything that happens to them.

This means that nursing homes and other long-term care facilities can ultimately be held liable for:

In very few exceptions, third parties may be held liable – or at least share in the responsibility with the nursing home. For example, if any medical equipment or medication as shown to have a defect that causes harm to a resident, the manufacturer of the equipment or drug may be found to be ultimately liable. Additionally, if any food-borne illness were to occur, the third party supplying the food to the nursing home may be liable, along with those who improperly prepared the food.

Because nursing home abuse is such a complex issue, liability can be confusing, and figuring out who is ultimately responsible can be an issue. Contacting a law office like Walkup, Melodia, Kelly & Schoenberger with years of experiences in personal injury cases may be the best solution for sorting that all out.

Any person (not just residents or their family members) or organization can file a complaint about a nursing home with the Licensing and Certification Division of the California Department of Public Health (DPH). DPH is the state agency that enforces nursing home laws and regulations through regular inspections and complaint investigations. File a complaint with DPH when problems are serious and/or other steps to resolve your concerns have not been effective.

Another option is contacting the long term care ombudsman office in your county for assistance (http://www.aging.ca.gov/Programs/LTCOP/Contacts/). The ombudsman program helps residents resolve concerns about their care and rights. The ombudsman does not have any powers or direct authority over the nursing home, however, it can try to resolve the complaint with the nursing home, express concerns with outside officials and help you file a formal complaint with DPH.

As of July 1, 2016, DPH is also subject to timelines for completing complaint investigations. The following timelines are being phased in over a three year period.

For complaints subject to the new completion deadlines, DPH must issue any citations resulting from its investigative findings within 30 days of completion of the complaint investigation. Citations are state fines that DPH can impose for certain types of violations.

Some aspects of elder abuse also fall under the Department of Justice’s Bureau of Medi-Cal Fraud & Elder Abuse. (BMFEA) Send BMFEA a copy of your complaint if it involves serious neglect, abuse or Medi-Cal fraud. The BMFEA is a division of the California Attorney General’s office and it investigates and prosecutes those who abuse and neglect elders and developmentally disabled residents in Medi-Cal funded facilities such as nursing homes and hospitals. Examples of abuse include a slap, multiple pressure ulcers, financial abuse ($1000 or above), sexual abuse or verbal/mental abuse.

There are three ways to file your complaint: (1) Call it in at 800-722-0432; (2) File your complaint online at https://oag.ca.gov/bmfea/reporting; or (3) Mail a copy of your complaint to the California Department of Justice, Office of the Attorney General, Bureau of Medi-Cal Fraud and Elder Abuse, P.O. Box 944255, Sacramento, CA, 94244-2550. This Bureau is composed of three distinct programs, each designed to bring accountability and prosecution to those engaging in elder abuse. For questions, call our San Francisco nursing home abuse attorney.

While this system is ideal in getting justice for a nursing home’s crimes, it does not address any compensation or damages for the victims of nursing home abuse. This is why it is necessary to consult an attorney immediately after discovering abuse – they can give you the guidance needed to retain the compensation you deserve.

If you or a loved one has experienced nursing home abuse in the state of California, the law offices of Walkup, Melodia, Kelly & Schoenberger can help. Our team of skilled nursing home lawyers has all the resources to not only investigate and document any instances of abuse but also the trial experience to obtain compensation for your family.

We work with agencies such as the Bureau of Medi-Cal Fraud and Elder Abuse to not only obtain compensation for your neglected or abused loved ones but to also ensure future abuse does not occur at these facilities.

Contact us today – we offer a free consultation and can give you guidance in your time of greatest need.