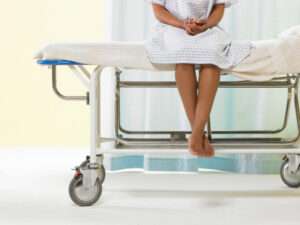 The announcement comes after approximately 600 women in California and across the country filed lawsuits after receiving defective implants.

The Food and Drug Administration recently found that the company sold the Prolift mesh implants for three years without the required regulatory approval.

Vaginal mesh implants are used to treat pelvic organ prolapse, a condition which occurs when weakened tissues allow organs to slip out of place. There is evidence that Johnson & Johnson mesh devices were inadequately tested before they began being marketed to patients. Many mesh implants shrink or slip, causing patients to experience severe pain and organ damage.

Johnson & Johnson plans to phase out its vaginal mesh implants on a regional basis. The company has also asked a district court judge overseeing the vaginal mesh personal injury litigation to give the company 120 days to notify patients and hospitals of its decision. The company plans on continuing to sell some mesh implants for abdominal uses according to a spokesman.