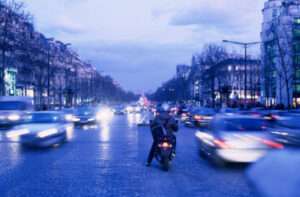 A new study shows that turn signal neglect is a major cause of car accidents in San Francisco and around the country.

Researchers from the Society of Automotive Engineers found that improper turn signal use leads more than 2 million car accidents annually, which is double the amount of crashes attributable to distracted driving.

“This is a first of its kind report on a subject that amazingly, has never been studied,” said the author of the SAE study. The author went on to note that there is an “epidemic lack of compliance” because drivers to not consider turn signal neglect on par with obeying other traffic rules.

U.S. drivers fail to use or turn off turn signals when changing lanes about half of the time. Drivers also fail to signal when turning about a quarter of the time. Failure to signal properly means that other drivers and pedestrians cannot modify their behavior in order to prevent an accident.

The lack of law enforcement interest and driver attention to turn signal usage has lead researchers to propose the adoption of “smart” turn signal technology. Smart turn signals would replace the current mechanical trip signal systems and automatically turn a signal off after a lane change is completed. For drivers who fail to use turn signals, a smart turn signal could generate a warning light similar to the seat belt reminder.

Researchers believe that the implementation of this technology could reduce the number of turn signal related crashes and save billions every year.