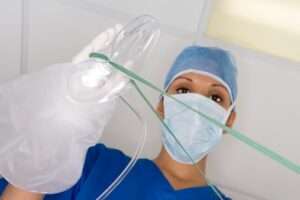 A Bay area Kaiser hospital was recently fined $75,000 by the California Department of Public Health for a medical malpractice incident which resulted in a patient’s wrongful death.

State safety regulators found that a Kaiser hospital failed to follow health and safety regulations and that this failure was directly linked to the patient’s death.

The patient was rushed to the Kaiser Foundation Hospital in Oakland after suffering from a heart attack and pneumonia. The failure of the hospital’s staff to properly respond to the hospital’s cardiac monitoring system directly led to the patient’s death shortly after his admission to the hospital.

Patient heart rates and vital signs are remotely tracked by the hospital’s cardiac monitoring system. The system is supposed to page nurses if a patient begins experiencing cardiac distress or low pulse rates.

State regulators found that an overworked nurse at the hospital neglected to respond to approximately 80 cardiac monitor alarms for the patient over a five hour period. In addition to alarms which indicated a high heart-beat rate, the nurse also failed to respond to alarms indicating a failing battery in the patient’s monitoring device.