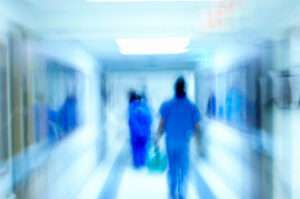 Santa Clara Valley Medical Center was recently fined $75,000 by the California Department of Public Health for a nursing malpractice incident that caused in a patient’s death. The patient was neglected and improperly transported within a hospital which resulted in his wrongful death.

Nursing negligence is a common issue in many Bay Area hospitals and often results in catastrophic injuries or patient death. The CDPH often fines hospitals for some of the most egregious nursing malpractice incidents, but the majority of hospital accountability is achieved by personal injury attorneys who help injured patients file medical malpractice lawsuits against hospitals that provide substandard care.

The patient who died in the Santa Clara Valley Medical Center was a nursing home resident who was brought to the hospital after complaining of chest pain. The patient was alert and responsive upon his arrival at the hospital despite having a tracheotomy and a ventilator. A tracheotomy is a surgically created hole in the front of the neck that goes into the windpipe and is connected to a ventilator, a machine that manually pumps a patient’s lungs with air.

The patient was assessed in the hospital’s emergency room and then prepared to transfer to a transitional care unit. Typically the transfer of a ventilated patient involves a nurse, a respiratory therapist, and a certified nurse assistant. Unfortunately, in this case, state officials found that the hospital staff failed to contact a respiratory therapist to transport the patient.

In our next post, we will discuss how a series of collective failures of the nursing staff led to this patient’s death.