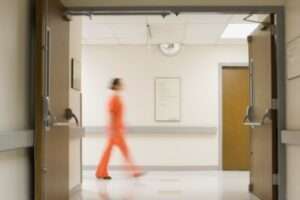 Communication breakdowns and inadequate note-taking seem to be primarily responsible for the nursing failures that led to a patient’s wrongful death at the Santa Clara Valley Medical Center. The California Department of Public Health recently announced $75,000 in fines for the hospital arising out of this nursing negligence incident.

The second nurse took the patient off his ventilator and placed an oxygen mask on the patient. The patient was then scheduled to be transferred to the TCU by a hospital transporter (HT).

Things only got worse when the HT arrived at the TCU. The HT noticed that the patient was cold to the touch, had his eyes rolled up, and that the patient’s lips were blue. A TCU nurse responded to the patient’s room and immediately began CRP after calling a rapid response alert for cardiac arrest.

The patient was revived and transferred to the ICU, but he died five days later after his family made the decision to discontinue his life support.

CDPH officials found that the patient was improperly removed from a ventilator by one of the ER nurses without a doctor’s order. He was then transported by an HT who was not qualified to transfer the patient without a nurse’s assistance.

State officials found that the patient’s death was a direct result of the nursing staff’s failure to provide an “accurate, ongoing assessment of the patient’s ventilatory status.” The hospital responded to the CDPH findings by revamping its policies regarding patient transfer and has implemented an escalation plan for employees like the HT who believed that the patient shouldn’t be transported.