Study: the average dog bite insurance claim is settled for about $24,000

Study: the average dog bite insurance claim is settled for about $24,000 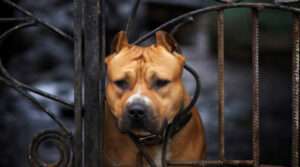 Dog bites are a common problem throughout the San Francisco area. Hundreds of people are injured by dog bites every year and many injuries caused by dogs result in permanent disabilities and scars. Nationally, over 4.5 million individuals suffer dog bite injuries on a yearly basis and 850,000 of these injuries require medical intervention. The majority of dog bite victims tend to be children.

The Insurance Information Institute recently published a study which found that dog bites account for a third of all homeowners’ insurance payments in 2011. The average cost to settle a dog bite claim was almost $24,000, only slightly less than the typical fire liability claim.

“The cost comes over someone suing someone over the bite,” a State Farm Insurance spokesman told the Advocate newspaper. “Whether the bite was damaging or not, there’s the pain and suffering and all that when it goes to court.”

The majority of dog bite lawsuits are settled before trial because of the costs of litigation and limited disputes as to a dog owners’ liability. The costly nature of a dog bite lawsuit is why most insurers refuse to provide coverage to homeowners who have dogs that have a vicious propensity or a biting history.

“The reason, obviously, is because the dogs are biting children and causing damage,” an insurance agency owner said.