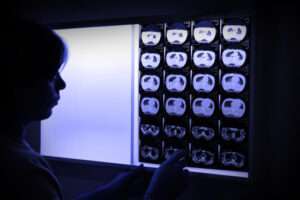 In our last post, we discussed the growing number of children who suffer severe spinal cord injuries at trampoline centers. CNN reports that trampoline injuries caused over 90,000 emergency room visits in 2010 and the American Academy of Pediatrics has issued statements advising parents against letting their children use trampolines.

“Although trampolines can be fun for both kids and adults, they pose a high risk for injuries, especially when two or more people jump at one time,” said a spokesman for the American Association of Orthopedic Surgeons. “Orthopedic surgeons recommend that trampolines not be used in home environments or in outdoor playgrounds because of the high risk of injuries this activity.”

Trampoline center owners claim that they provide safe facilities that pose minimal risk for young patrons, but several recent lawsuits allege that employees at trampoline centers tend to allow chaotic and unsafe environments to be created by allowing too many people to share trampolines.

One mother said that she was traumatized when she saw her son break his neck at a trampoline center.

“You never forget it,” the mother told reporters about hearing her son’s neck snap after he landed on a trampoline frame. “It’s the worst nightmare a parent can go through.”

Her son is now partially paralyzed and the family is suing the trampoline center for damages. “I want the word out there so every parent knows the risk,” the paralyzed boy’s mother said. “No parent should have to go through what we’re going through.”