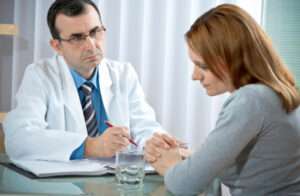 A woman and her husband recently won $5.5 million in a transvaginal mesh case against medical device company C.R. Bard Inc.

Bard is one of many transvaginal mesh implant manufacturers facing product liability lawsuits from women who have been injured by failing mesh implants.

We have discussed transvaginal mesh devices in previous posts. Transvaginal mesh is one of many medical devices which are released to patients across the country despite inadequate testing to ensure to that the device is safe. Transvaginal mesh is supposed to help support the organs in a woman’s pelvic region, but the mesh can shrink, slip and perforate other organs.

“They seemed to focus on evidence we produced showing that Bard didn’t properly test the product before putting it on the market,” said the attorney of the woman who recently won the $5.5 million verdict.

The woman had to undergo at least nine corrective surgeries to deal with complications arising out of her defective mesh implant.

“The evidence showed the implant eroded and caused incontinence and pelvic pain,” the woman’s attorney said.

A jury awarded the woman $5 million for her pain and suffer and medical expenses. The woman’s husband received $500,000 for his loss of consortium claim.