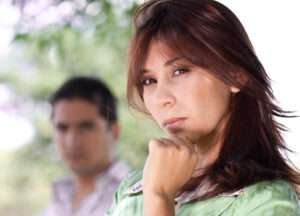 A woman recently filed a pharmaceutical liability lawsuit against Abbott Laboratories alleging that its popular arthritis drug Humira caused her to develop cancer.

The woman received Humira injections for about two years before she developed B-cell non-Hodgkin’s follicular lymphoma.

The cancer is now in remission, but she will have to undergo a lifetime of treatment and tests to ensure that the cancer does not come back.

The product liability lawsuit alleges that Abbott Laboratories failed to adequately warn the woman of the risks associated with the drug.

“Although physicians prescribe medications, it is patients who have the ultimate authority to decide whether to put them into their bodies or not,” the woman’s lawsuit states. “Because of the dangerous side effects of Humira, it is extremely important that both physicians and patients be fully informed – not only about the potential benefits of the drug, but also about the risks of side effects.”

The woman further alleges that the drugmaker was aware that Humira could cause patients to develop leukemia and other cancers, but that it did not put an adequate warning on its products until it was forced to do so by the Food and Drug Administration in 2009. The woman had already undergone a year of Humira treatments by the time the black box warning was placed on Humira’s label.

“Using adalimumab (Humira) injection may decrease your ability to fight infection and increase the chance that you will develop a serious infection, including severe fungal, bacterial, and viral infection that may spread through the body,” the warning label now states. “These infections may need to be treated in a hospital and may cause death.”