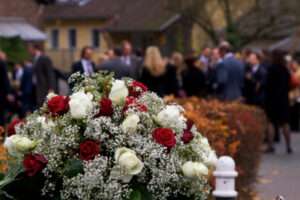 The United States government will have to pay $5,396,000 to the heirs of three adult women who were killed in a December 2009 car accident between a minivan and an Immigration and Customs Enforcement vehicle.

The 17 heirs of the three women sued the government for wrongful death, claiming that the Imperial County crash was caused due to the decision of an ICE officer to speed recklessly through a stop sign and collide with the van containing the women and two children. There was evidence that the ICE agent was speeding in excess of 100mph at times.

The lawsuit alleged that in addition to the deaths of the three women, the driver’s two children suffered severe injuries and emotional distress. The children were in the minivan as it was propelled into an irrigation ditch and witnessed the death of their mother and her friends. The driver was a mother of six, and her husband and children prevailed in their wrongful death claims against the government.

It is unclear why the ICE agent was traveling at such excessive speeds, but the heirs of the car accident victims alleged that the agent’s ICE training made him fully aware that he was breaking the law at the time of the accident.