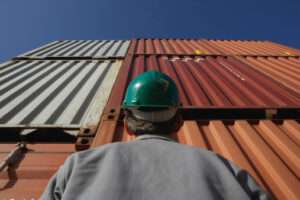 Federal regulators have cited a California dock company after workplace safety violations led to the wrongful death of an employee. An investigation regarding the working conditions at the Long Beach dock was launched after a dockworker was killed by a 40-foot-long shipping container.

The massive shipping container fell from the stack of containers during loading operations on a ship. The U.S. Department of Labor’s Occupational Safety and Health Administration’s proposed fines total $92,000 against the company, SSA Marine.

“SSA Marine failed to prevent this worker from being in harm’s way,” said Jay Vicory, OSHA’s area office director in San Diego. “It’s critical that employers make workplace safety a priority so that every longshore worker returns home safely at the end of the day. Losing one worker is one too many.”

OSHA regulators considered this a willful violation that demonstrated the employer’s intentional disregard for the law’s safety requirements or plain indifference to the safety of its employees. The proposed citation for this single violation constituted $70,000 of the $92,000 total penalties.