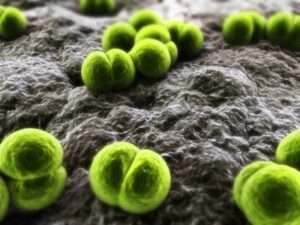 A nationwide investigation continues into a fungal meningitis outbreak that has sickened at least 424 people and killed 31 in 19 states, including California. The outbreak is linked to contaminated steroid injections from Massachusetts-based New England Compounding Center. The specialty pharmacy has been on the radar of health and safety inspectors for years but always managed to avoid public reprimand for its unsanitary facilities.

The methylprenisolone acetate shots from NECC are not the only dangerous pharmaceutical to be impacted by the specialty pharmacy’s lax cleanliness standards. The Food and Drug Administration recently announced that it found bacteria in several other drugs produced by the facility.

“Laboratory results from samples of two additional recalled NECC products – preservative free betamethasone and cardioplegia solution – have tested positive for bacterial contamination,” the FDA anounced in a recent statement, “FDA and CDC laboratories have identified bacteria present in three separate lots (batches) of NECC-supplied preservative-free betamethasone, with each lot producing different culture results, and in a single lot of NECC cardioplegia solution. These results and the finding of fungal contamination of methylprednisolone acetate reinforce the FDA’s concern about the lack of sterility in products produced at NECC’s compounding facility and serve to underscore that hospitals, clinics, and health care providers should not use any NECC-supplied products.”

Some state investigations into the fungal meningitis outbreak also found that many hospitals violated health standards by keeping the contaminated steroid injections far past their safe shelf-life. Industry guidelines say that a “high-risk” product like the back injections should be kept no longer than 24 hours. This is because the steroids are made from nonsterile ingredients and do not have antimicrobial preservatives. This means that absent a sterility test, doctors should have thrown the steroids out after one day at room temperature or three days at cold temperatures.

There is evidence that some hospitals used NECC steroids that were at least 7 weeks old and therefore highly dangerous.

Many wrongful death and pharmaceutical liability cases have been filed in this outbreak. Authorities say that those who received the contaminated shots will have be closely monitored for months before they can be sure they are no longer at risk for developing infections.