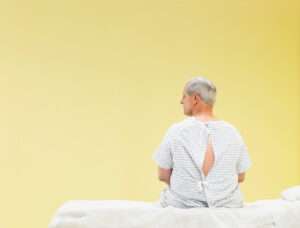 Nursing home facilities have an obligation to properly monitor their residents and keep them safe. Although nursing homes are not prisons, nursing home staffs can be held responsible when they allow mentally frail patients to wander off premises without proper supervision.

One California nursing home was recently sued after allowing a wheel-chair bound resident to leave the premises without adequate supervision. The skilled nursing facility allegedly violated doctor’s orders by letting the resident wander off. The lawsuit alleged nursing home negligence, wrongful death and a variety of other causes of action.

The elderly man was found with severe brain trauma and was rushed to the Long Beach Memorial Center’s intensive care unit. The hospital transferred the patient the following day to a different unit and allowed him to sign his own discharge papers despite his mental illness and brain injury. The patient collapsed shortly after leaving the hospital and was declared brain dead a few days later.