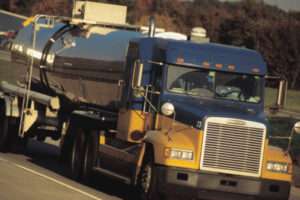 The family of a California bus driver was recently awarded $7,284,000 in a wrongful death action arising out of a Highway 99 truck accident. This was one of many preventable California truck accidents caused by inattentive truck drivers being unable to respond to changing road conditions.

A semi-truck driver saw the disabled bus and its driver on the highway shoulder. The trucker sought to move over to give the bus driver room and avoid a pedestrian collision. The trucker had failed to check his mirrors in the moments leading up to his approach and another truck was already passing as he attempted to switch lanes.

The first truck struck the rear trailer of the second truck in the attempted lane change. The resulting crash caused one of the rear truck’s trailers to swing violently onto the shoulder and strike the bus driver.

A jury deliberated for two days following a three-week trial. The jury ultimately awarded the family of the bus driver $7.28 million in damages.