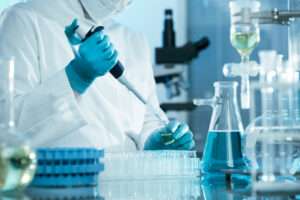 Drugmaker Biogen Idec recently announced that one of its new pharmaceuticals has proven to be ineffective on patients who suffer from amyotrophic lateral sclerosis (ALS). The drugmaker’s Phase 3 EMPOWER trial found that the drug dexpramipexole failed to show efficacy in function and patient survival. This means that the pharmaceutical is defective and that the drugmaker will have to pursue other solutions for ALS treatment.

“We share the disappointment of members of the ALS community, who had hoped that dexpramipexole would offer a meaningful new treatment option,” said Douglas E. Williams, Ph.D., executive vice president of research and development at Biogen Idec. “Nevertheless, the EMPOWER trial represents a significant contribution to ALS research, and Biogen Idec is committed to advancing ALS science.”

The EMPOWER trial encompassed 943 patients with ALS at 81 sites around the world. The trial was double-blind and placebo-controlled, which makes the drug failure a large setback for the company. Biogen Idec says that it continues to conduct research into treatments for ALS and other neurodegenerative diseases.

ALS impacts the nerves of the brain and spine. A person with ALS slowly loses the ability to control muscle movement, which results in a loss of function and eventually death. The disease impacts five out of every 100,000 people worldwide and typically appears after a person reaches age 50. The current prognosis for ALS patients is a three- to five-year survival rate after diagnosis.