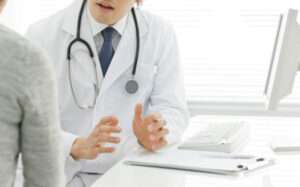 The U.S. Food and Drug Administration (FDA) recently issued a “Dear Doctor” letter and a drug safety podcast informing doctors that Pradaxa was a dangerous pharmaceutical for patients with mechanical heart valves and that one European study actually ended early due to the severity of this risk.

“The RE-ALIGN clinical trial in Europe was recently stopped because Pradaxa users were more likely to experience strokes, heart attacks and blood clots forming on the mechanical heart valves than were users of the anticoagulant warfarin,” the FDA told doctors. “There was also more bleeding after valve surgery in the Pradaxa users than in warfarin users.”

One cardiologist noted that Pradaxa is not absolutely contraindicated for patients with bioprosethetic heart valves, but that the drug was not recommended for these nonmechanical valves either.

“Despite the trial not having delivered the desired interim results, we believe that we have provided data to contribute to the better understanding of this particular patient group and indication,” said professor Klaus Dugi, corporate senior vice president medicine for Boehringer Ingelheim. “It also underlines the urgent need for new advancements in anticoagulation for patients with artificial heart valves.”