Report: Counterfeit medicines a growing problem in the U.S.

Report: Counterfeit medicines a growing problem in the U.S. 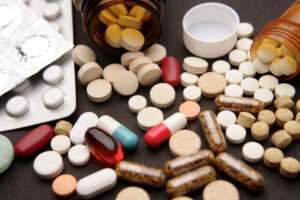 The cost of pharmaceuticals is a growing problem in the United States and many doctors and patients seek to cut costs by buying online. One internet pharmaceutical company called CanadaDrugs has grown exponentially in the past few years by allowing American physicians and consumers to buy drugs from price-controlled countries such as the U.K. and Turkey.

Although lots of physicians are willing to ignore the fact that prescribing many of these imported discount drugs is illegal, an arguably bigger problem is that many of these drugs turn out to be fake. The Wall Street Journal reports that counterfeit pharmaceuticals are a growing industry, especially fake cancer medication. Patients can suffer severe personal injuries from these bootleg pharmaceuticals, which are often procured so doctors can scam insurers by charging U.S. retail prices for the drugs.

The U.S. Food and Drug Administration (FDA) recently warned many American doctors that they might have purchased counterfeited Avastin from wholesalers controlled by CanadaDrugs. The fake Avastin vials resemble real Avastin in appearance only and contain none of the drug’s active ingredient.

The FDA also issued a warning regarding Botox that was imported through CanadaDrugs and others. The FDA would confirm only that the drugs were produced by non-FDA-approved facilities and would not comment on whether the drugs were given to patients or whether they were counterfeit.

Although most instances of counterfeit drugs involve harmless placebos, some fake pharmaceuticals contain active ingredients of other drugs that can harm patients. In 2006, several patients were temporarily paralyzed by fake Botox sold by one Arizona distributor.