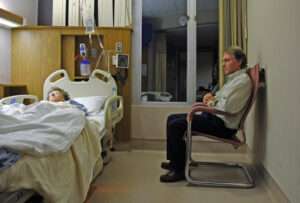 Medtronic recently sent an urgent letter to physicians warning that two of its SynchroMed drug infusion pumps have product defects that may cause the pumps to stop working. As of last summer, the U.S. Food and Drug Administration (FDA) had received more than 550 complaints regarding SynchroMed pump failures.

The FDA has decided to classify Medtronic’s November letter to health care providers as a Level 1 recall, which is the most serious product recall level, but the company has said that its devices will remain on the market despite the FDA recall notice. The company also says it has not received any reports of patient deaths related to pump failure.

The failure appears to be linked to motor gear corrosion, according to Bloomberg News. The company’s posture regarding the FDA recall appears to be that the motor gear corrosion is not a design defect, but rather a result of physician misuse of its products. The company may still be held liable for patient injuries arising out of pump failure, however, because the use of unapproved drugs in the pumps may be a foreseeable use.

The pumps were manufactured and sold between May 1998 and November 2012. The

The only approved medications for use in Medtronic’s drug infusion pumps are:

Medtronic warns physicians to use only approved drugs in the SynchroMed pumps and to closely monitor patients using the pumps. A return of patient symptoms could be an indicator of pump failure.