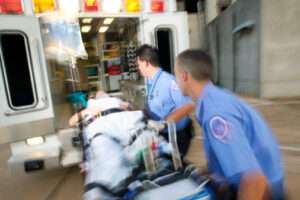 San Francisco’s streets were slightly more dangerous last year, the San Francisco Municipal Transportation Agency (SFMTA) says. The city saw 3,111 nonfatal injury traffic accidents in 2011, 30 more than the prior year. The number of fatal traffic collisions also increased from 23 in 2010 to 28 in 2011.

A variety of factors can contribute to a traffic accident and the majority of crashes arise out of poor driving behavior. Examples include texting while driving, speeding, drunk driving and turn signal neglect. Speeding was the most common cause of nonfatal car accidents, followed by vehicle right-of-way violations and ignoring traffic signs.

Traffic accidents caused by drivers who ran red lights also increased last year, but were still near 2010’s historic low. Such crashes were down from almost 700 in 1999 to 315 in 2011.

“Traffic signal hardware and timing improvements appear to have helped reduce these types of collisions at certain intersections,” the SFMTA said. “This decrease also coincides with the city’s deployment of red light photo enforcement starting in 1997 and other efforts aimed at reducing the incidences of red light running.”