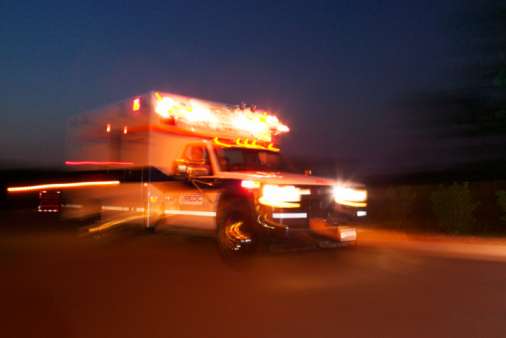 A San Jose mother and her daughter were critically injured recently after two teen boys decided to drag race BMWs down a residential street.

Authorities say that the two 17-year-old boys were racing BMWs down the 5400 block of Leigh Avenue in South San Jose when they lost control of their vehicles.

Emergency responders say that the woman suffered life-threatening injuries and was found calling frantically for her 9-year-old daughter. The daughter was reportedly found relatively unharmed underneath part of the home’s roof.

Police say three people in the second BMW were also transported to nearby hospitals with non-life threatening injuries.

So far the teen drivers have been cited with felony reckless driving but authorities say that other charges may be pending.

Residents of the area say that teens are known to speed through the neighborhood after leaving the nearby high school.

Some residents have complained about the lack of police presence in the area and KCBS reports that the San Jose police department has reduced the number of police patrols due to budget cutbacks.

“That definitely does affect the way that we go ahead and patrol the city and how we enforce traffic violations,” a police spokesman told reporters.

Another person was injured in a separate car accident on Friday. Authorities say that a van flew off San Francisco’s Twin Peaks Boulevard and crashed into a building on Clarendon Ave.

The driver was transported to a nearby hospital with non-life-threatening injuries. Authorities are checking to determine whether the building sustained any serious structural damage.