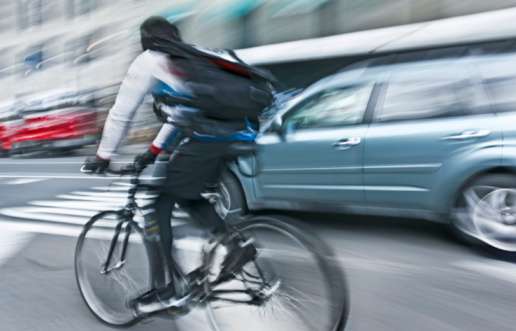 A chill ran down my spine as I read today’s account of a Recology garbage truck running over and killing a bicyclist this morning.

Tragedy occurred at 16th Street and South Van Ness Avenue and, according to the news story, happened when the truck turned right and into a cyclist who was riding to the right of the truck. The driver did not even realize he hit the cyclist and dragged him a frightening distance before witnesses flagged him down.

The story disturbs me because I regularly commute to the office by bicycle.

And because my partner Mike Kelly and I are both handling major injury cases against Recology. Those accidents were caused by driver error, including a case where a right-turning truck struck an elderly woman and child who were in a crosswalk on a green light.

Garbage trucks are 12-ton vehicles that take up more space, have more blind spots, are slower to brake, and can do more damage than a passenger car. That is precisely why a garbage truck driver must obtain a commercial license and be especially vigilant when driving on the streets of San Francisco. Recology is clearly not doing its job when it comes to hiring and training its truck drivers.