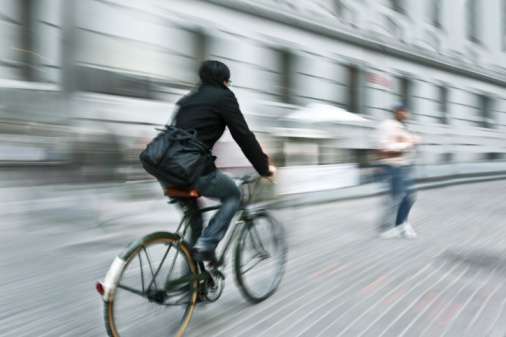 As “Golden Wheel Sponsors” of the San Francisco Bicycle Coalition, the Walkup Law firm has strong ties to the San Francisco Cycling Community. San Francisco has been a leader in promoting bicycle-safe routes and has brought together various neighborhood and government groups to promote a positive cycling culture. However, recently some bicyclists have accused the SFPD of having an “anti-bike bias” which results in many cyclists being unfairly blamed for being injured in traffic accidents.

The concerns of the biking community were highlighted after the Aug. 14 death of a cyclist in the South of Market neighborhood. A 24-year-old Public Relations executive was killed that day when a truck turned into her as she cycled in a bike lane.

Local bicycle activists accused the SFPD of conducting a sloppy investigation and assuming that the accident was the cyclist’s fault. Police officers failed to notice that two cameras were pointed at the intersection of the crash. A member of the San Francisco Bicycle Coalition obtained footage of the crash and forwarded it officers. The SFPD then changed its position and blamed the truck driver for the crash.

Members of the Bicycle Coalition recently held a memorial for the deceased cyclist, but the event turned into a rather bizarre scene after a police officer showed up. The San Francisco Chronicle reports that the officer parked in a bike lane and told the crowd that he was “making a point that bicyclists need to move around” cars parked in bike lanes. He then had a heated exchange with SFBC Executive Director Leah Shahum. “The number one cause of injuries for people biking in San Francisco is right turning vehicles,” Shahum said.

Robert Prinz, education coordinator for the East Bay Bicycle Coalition, says that vehicles making right-hand turns should yield to cyclists in the bike lane and then merge into the bike lane before turning. “Would a car driver be expected to yield to another driver turning right across their path from one of the middle lanes? The same situation applies for bikes.”

The San Francisco Law Firm of Walkup, Melodia, Kelly & Schoenberger represents bicyclists injured in traffic accidents throughout the Bay Area. If you or a loved one has been injured by a negligent automobile driver, contact our firm online or call 415-981-7210.