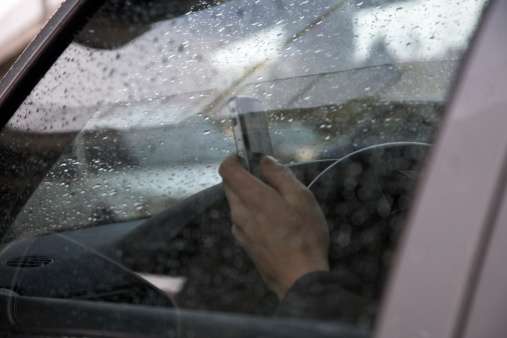 Communities throughout California are cracking down on the use of cellphones in cars. Cities such as Pasadena are putting up billboards which encourage drivers to avoid texting while driving. These billboards are paired with increased law enforcement efforts to catch dangerous distracted drivers.

More than 57,000 Californians were ticketed for using a cellphone while driving last month. This is a relatively small percentage of the total number of distracted drivers, which safety officials say is enormous.

The four major U.S. phone carriers recently launched an effort to reduce the number of distracted drivers on the road. The AT&T-backed “It Can Wait” campaign combines celebrity endorsements and viral media to encourage young people to remain attentive behind the wheel.

San Francisco’s Walkup Melodia Law office is sponsoring public service announcements on San Francisco 49er broadcasts to help curb the frequency of texting-caused collisions. The firm, which specializes in the area of personal injury, has seen an increase in the number of motorists , bicyclists and pedestrians who have been injured because of the distracted driving of people reading or sending texts and tweets while on the road.

The ads are airing during the pregame show on radio station KNBR’s 49er network.

Up to 500 distracted drivers were killed in California car accidents last year, according to the California Office of Traffic Safety.

NBC Los Angeles reports that drivers distracted by phones are 23 times more likely to be involved in a crash.