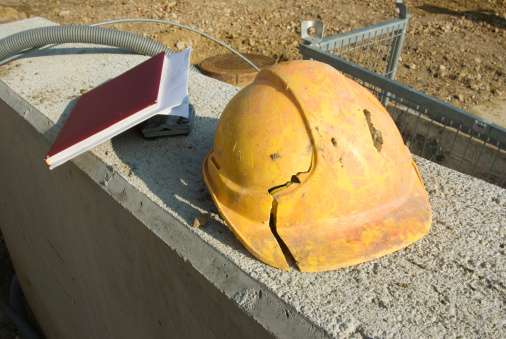 Coincidentally, just last week Walkup partner Matt Davis settled a case on the first day of trial on behalf of a woman badly injured by substandard scaffolding. He says that yesterday’s tragedy was almost certainly brought upon by safety violations.

“The safety risks presented by substandard scaffolding are well known, which is why scaffolding companies must possess a special contractors license,” Davis said. “There are numerous federal, state and local safety laws and regulations that apply to how scaffolding is designed, erected and maintained, and for good reason.”

“It is almost inconceivable that the scaffolding at the skyscraper at 350 Mission Street could have tipped over had everyone at the job site followed the clear-cut safety rules,” Davis added. “My heart goes out to the injured workers and it is fortunate that no one passing by the site was injured or killed.”

According to SFGate, the injured men worked for Webcor Builders.

“Since they were injured on the job, they will be entitled to receive medical and disability benefits from workers compensation,” said Mike Kelly, another partner at the Walkup firm who just last year obtained an $8 million verdict on behalf of a construction worker who lost an arm in a workplace accident.

“But workers compensation has caps and limitations, and will not come close to fully compensating them,” Kelly added. “An investigation should be commenced immediately to determine which subcontractors and entities at the site caused or contributed to the collapse. If a company, person or entity other than Webcor or a Webcor employee is responsible, then the injured workers can seek full compensation in the courts.”

Anyone seeking additional information should call Matt Davis or Mike Kelly at 415-981-7210.