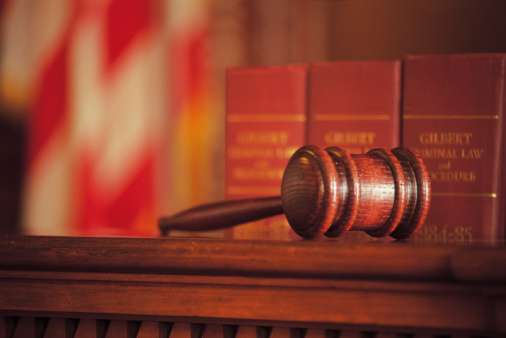 SFGate recently reported that SF 49er player Chris Culliver was arrested last Friday on suspicion of felony hit-and-run of a bicyclist. He is also accused of threatening a witness who chased him down. Serious and troubling charges.

We obviously do not know the specific facts, but a number of interesting legal issues will likely be raised in any civil lawsuit against Culliver to compensate the bicyclist for his damages and injuries

If the case ever went to trial then the injured bike rider would still have to prove that Culliver’s negligent driving was the cause of both the accident and his injuries. Culliver’s lawyers would likely argue that their client’s alleged flight from the scene and attempt to intimidate a witness had nothing to do with how the accident happened, and therefore the trial judge should exclude that evidence because it would be “unduly prejudicial” to Culliver if the jury heard it.

Indeed, the trial judge has broad discretion to keep out evidence if the judge believes it to be so inflammatory that it might overpower the jurors’ reason and cause them to decide against one side on issues that have nothing to do with the excluded evidence. California Evidence Code § 352.

For example, a jury that hears this evidence might be so angry at Culliver that they award the injured bicyclist $10 million for his injuries, even though he only suffered a scraped knee. Not a bad argument for Culliver’s lawyers to make.

A driver’s attempt to flee an accident scene and intimidate a witness, however, is admissible for another important purpose: to prove the driver’s mental state and consciousness of guilt.

In other words, the driver’s alleged hit-and-run behavior tends to prove that he knew he was driving carelessly and was at fault for the accident. Same thing with a driver threatening and trying to dissuade a witness. Thus, the evidence of hit-and-run and witness threats would likely come into evidence over the objection of the driver’s lawyers.

A driver’s flight from the scene can also be admissible for another important purpose in some cases. The California hit-and-run laws state: “The driver of a vehicle involved in an accident resulting in injury to a person, other than himself or herself, … shall immediately stop the vehicle at the scene of the accident [and] render to any person injured in the accident reasonable assistance, including transporting, or making arrangements for transporting, any injured person to a physician, surgeon, or hospital for medical or surgical treatment if it is apparent that treatment is necessary or if that transportation is requested by any injured person.” California Vehicle Code §§ 20001 and 20003.

The obvious purpose of these laws is to impose a duty on the driver to help injured victims, regardless of whether the driver is at fault for the accident.

If the driver’s flight from the accident scene both delays medical aid to the victim and worsens the victim’s condition, then the hit-an-run evidence would be admissible in a civil lawsuit to prove it caused an additional injury to the victim.

Obviously, a driver who violates the hit-and-run laws in a serious accident case can also be prosecuted and convicted of a felony and sent to prison. Such charges are probably being contemplated for Culliver.

If the driver is convicted of felony hit-and-run (or felony attempt to intimidate a witness), then the fact of that conviction may come into evidence for “the purpose of attacking the credibility” of the driver when he takes the witness stand. California Evidence Code § 788.

In most accident cases brought in the United States, the person who caused the accident has to compensate the victim for his injuries, but does not have to pay the attorney’s fees incurred by the injured victim. This is known as the “American Rule.” In Great Britain, by contrast, the losing party has to pay the winning side’s legal fees (big surprise – that is called the “English Rule”).

The injured bicyclist may argue that an exception to the American Rule that allows him to recover attorney’s fees in this case. Indeed, California Civil Code § 1021.4 says: “In an action for damages against a defendant based upon that defendant’s commission of a felony offense for which that defendant has been convicted, the court may… award reasonable attorney’s fees to a prevailing plaintiff….” However, one California court recently ruled that attorney’s fees should not be awarded in a hit-and-run case because the driver’s flight from the scene did not cause the accident and injuries, but was instead a separate crime. Corenbaum v. Lampkin, 215 Cal. App. 4th 1308, 1339-41 (2013). A court might reach a different result if the evidence showed that the driver’s flight from the scene and failure to provide medical care to the victim worsened the victim’s injuries.

If you have been injured by a careless driver, whether or not he fled the scene, and would like to know more about your legal rights then please contact the lawyers at Walkup, Melodia, Kelly & Schoenberger at 415-981-7210 or mdavis@walkuplawoffice.com.