As we have mentioned a couple of times in this blog, most recently on Feb. 6, our law firm is proud to support Walk San Francisco’s Vision Zero campaign, a collaboration with city officials. Vision Zero’s goal is to eliminate pedestrian and bicyclist deaths in collisions with motor vehicles within a decade.

A pair of maps recently released by Vision Zero shows how widespread the problem of pedestrian and cyclist accidents is in San Francisco. One map shows all the bicycle crashes involving injury or death from 2007 to 2011, according to the California Highway Patrol. The other displays pedestrian injuries and fatalities from 2005 to 2011.

Readers can examine the cyclist accident map, and the pedestrian injury map. 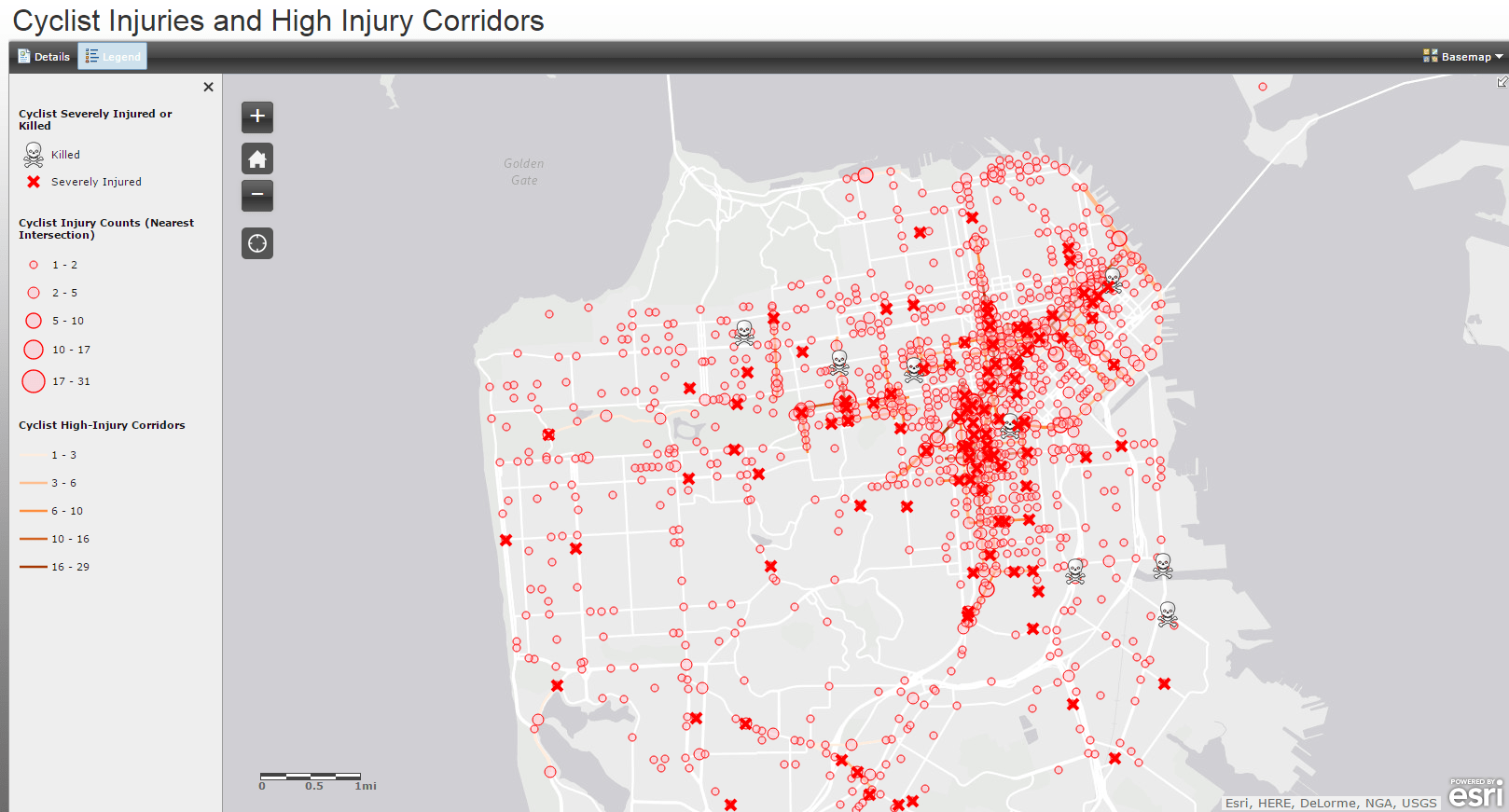 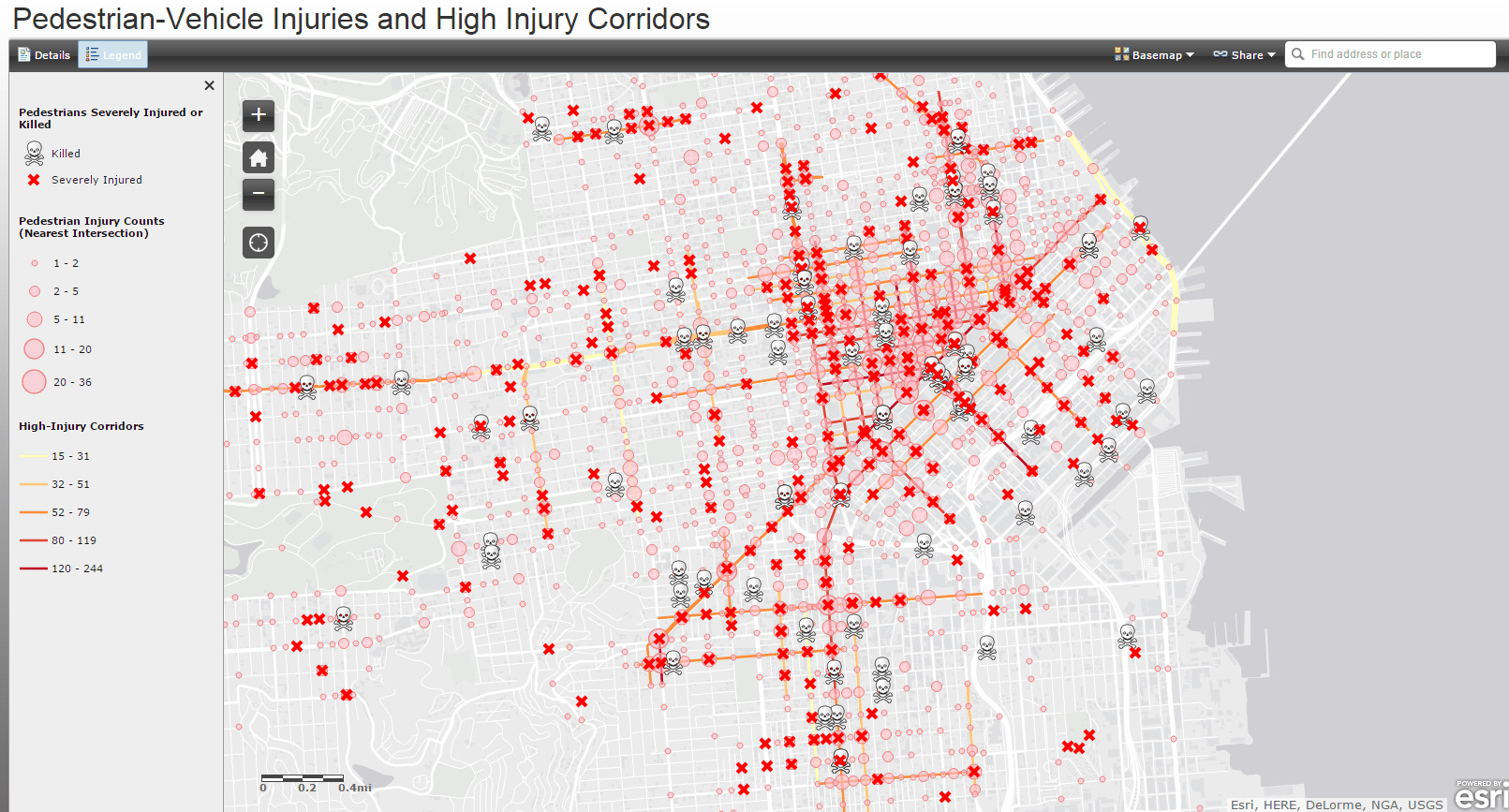 The maps are interactive, so you can click on dots indicating collisions to learn more about them. Skulls and crossbones mark where riders or walkers were killed.

This information may help cyclists know which streets and intersections to avoid, if possible. Perhaps it will also lead to safety improvements in those parts of the city, to reduce the risk of collision.

Our firm is committed to making bicycle rider and pedestrian deaths a thing of the past. That is because we know how much harm can result when a car or truck hits a cyclist or pedestrian. Getting struck by a multi-ton steel vehicle can cause broken bones, brain injuries, internal bleeding and other severe injuries. For those lucky enough to survive such an ordeal, months or years of recovery could be ahead of them.