Yesterday (June 23), Alex Roshal, the manager of the building and safety division for the City of Berkeley, issued a 10-page memo entitled, “Staff Recommendation Related to Library Gardens Balcony Collapse at 2020 Kittredge Street.”

The report confirms what was already obvious based on the photographs of ends of the broken wooden cantilevered joists of the fourth-floor balcony, which was predictably crowded with a young crowd of tenants and their friends when it collapsed. 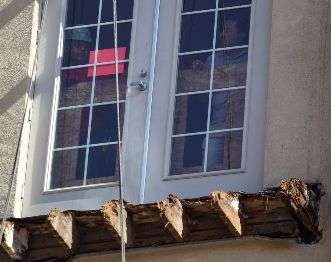 The report, which can be found here, provides details and clues that will be important to the surviving victims, the family and friends of the deceased, the prosecutors, lawyers, investigators, judges and juries who may one day want to know who, if anyone, bears legal and moral responsibility for this tragedy.

To his great credit, Mr. Roshal begins with thoughtful condolences to the family and friends of those who were killed, and prayers for a quick recovery for the injured. Unfortunately, it will take decades for the pain and loss to lessen for those who were injured or lost a beautiful son, daughter, brother or sister. The civil law recognizes that this pain, loss, and disability is real; that for the injured, beyond the cost of hospital bills, rehabilitation, medical treatment, counseling, and in-home assistance are the persistent physical reminders of injury: pain, isolation, disability, disfigurement, and loss of independence. It is those elements of real human suffering that will be compensated in the civil litigation that almost certainly will follow this tragedy.

Some pertinent facts from the report, and our reaction to them below:

Anyone looking for more information on this topic is invited to call us at (415) 981-7210 or contact Walkup partner Mike Kelly, who has been obtaining multi-million dollar recovery for victims of similar tragedies for more than 35 years.