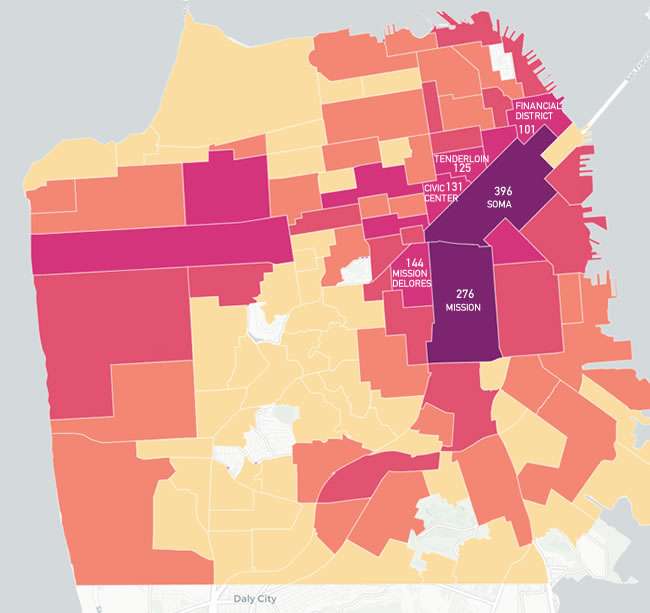 San Francisco is widely considered one of the most bike-friendly cities in the nation, scoring high in both road safety and accessibility to the city’s diverse neighborhoods.

However, despite the city’s embrace of bicycling as a viable method of transportation, its compact intersections and frequently busy roads still make bicycle collisions a regular occurrence, with many leading to serious injury and even death.

We wanted to properly assess where bicycle collisions occur more frequently across the city, so we turned to data visualization firm 1Point21 Interactive for help. We analyzed five years of CHP crash data from 2013-2017 to pinpoint any hot spots of where cyclists are at risk of being struck by motor vehicles.

The 20 Most Dangerous Places for Cyclists in San Francisco

We conducted a kernel density analysis to identify clusters of high-crash activity within San Francisco – any zones with ten or more bicycle crashes within close proximity of one another.

In total, we found 24 high-crash zones accounting for 848 total bicycle collisions and 763 injuries.

Note: The Zone column is an approximate center area of each zone to allow readers to easily locate zones on our map. The zone may cover a larger or smaller area than described.

Locations of the Most Dangerous Zones

In total, we found 50 intersections where five or more bicycle crashes occurred within 150 feet. We then ranked them using our Bicycle Danger Index (BDI), a score that takes crash volume and injury severity into account.

Within this list, there were three intersections which had fatalities – one each: 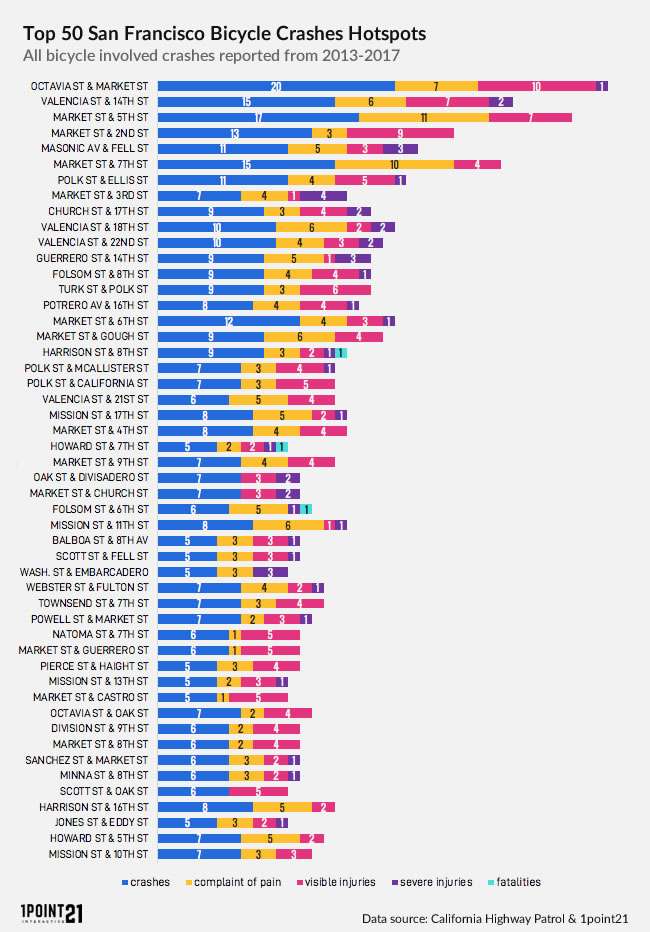 When categorized by neighborhood, SoMa and the Mission District had by the highest amount of bicycle crashes, with 396 and 276 crashes respectively. This aligns with our intersection and zone data as well, as most problem areas are located within these two neighborhoods. 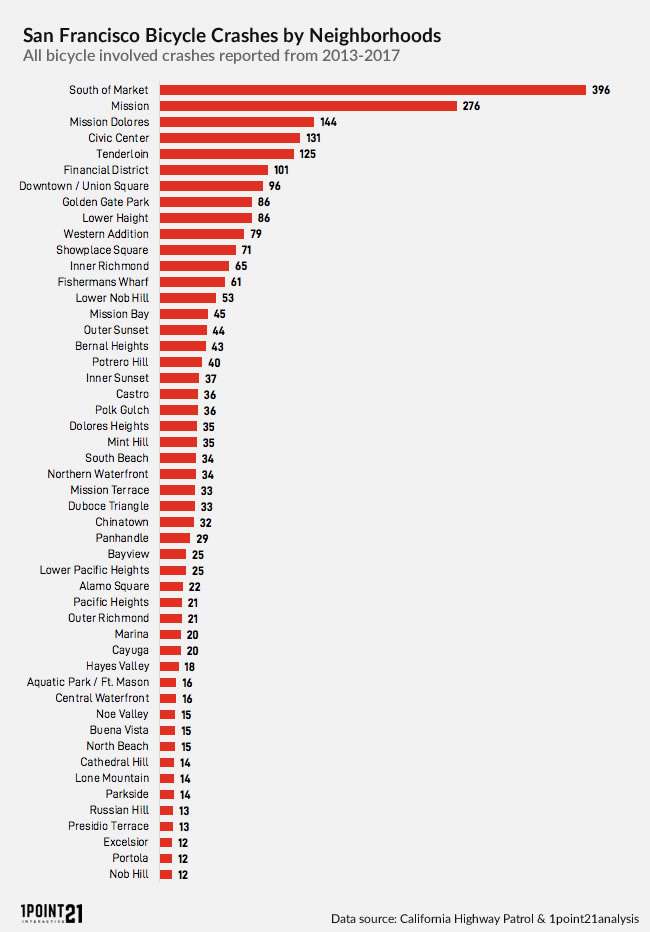 As the number of bicyclists rises, it is important to practice proper safety procedures on San Francisco’s busy roads.

As a motorist, it is highly recommended to:

As a cyclist, you must exercise extreme caution on the road.

Dangerous intersections include all crashes that were marked intersection related or occurred within 150 of the cross streets provided. Our rankings were derived by applying our BDI formula to the results. Our BDI takes crash volume and injury severity into account. Fatalities, severe injuries and visible injuries are weighed heaviest in the index.