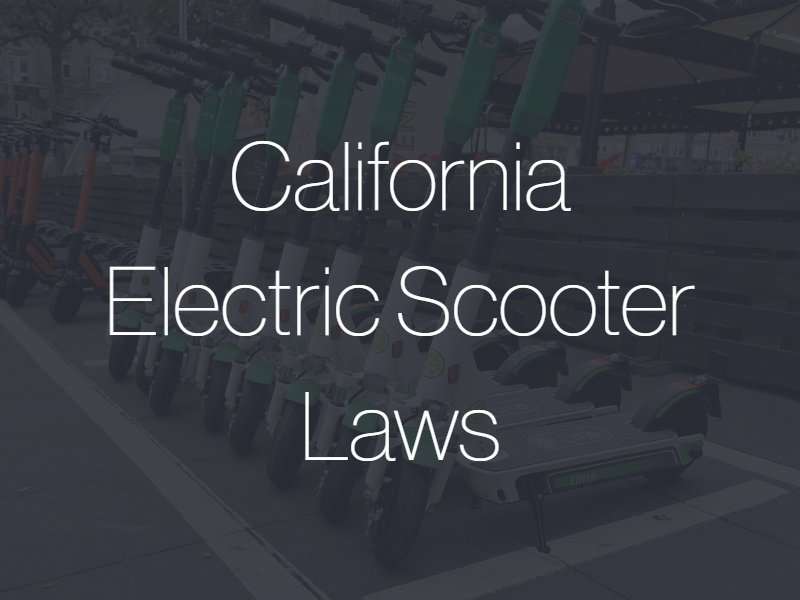 What Are Bikeways and How Are They Used in California?

The scooter laws in California pertain to the speed and locations in which a motorist can legally operate their electric scooter. The locations that both motorist and bicyclists utilize in travel are referred to as different classes of the bikeway.

Class II bikeways are what pedestrians typically think of as bike lanes. They are defined by a single striped line and facilitate only one-way travel for bicyclists/motorists.

California’s electric scooter law permit motorists to operate their vehicles on Class II and Class IV paths marked for bikes, no matter the posted speed limit for cars. However, electric scooters must retain a speed of 15 mph or less. This is meant to retain the safety of bicyclists that are also using either bikeway.

The law permits electric scooters to operate on streets with a speed limit of 25 mph if the scooter remains at or below 15-mph itself. Motorists can operate their scooter on roads with a maximum 35 mph speed limit only if the county or town specifically requests an ordinance for this to pass. In this scenario, the acceptable speed to operate an electric scooter remains at 15 mph.

Previously, all riders – both minors and adults – were required to wear a properly fitting and fastened helmet while riding. Some residents found this law restricting, as it limited the use of ride-sharing rental scooters to those who carried a helmet with them, as opposed to residents who found themselves looking to make use of them on occasion.

The updated helmet law no longer requires individuals 18 and older to wear a helmet while riding their electric scooter. This has come with much debate, as some residents cite that motor-safety should not be limited to minors. One key argument from this perspective equates motor scooters to a scaled-down version of the motorcycle. Although electric scooters are smaller, they are still motorized and can cause serious injury if used improperly. The new helmet law gives college-aged adults an excuse not to exercise proper safety. Regardless of the controversy, this law stands.

Penalties for breaking any scooter law, including helmet law, are punishable by a fine. The dollar amount varies depending on the infraction: speeding or not wearing a helmet. California law holds all motorists to the same standard in obeying traffic rules and regulations. Possible consequences of speeding, or disobeying any vehicular law, via motor scooter are ticketing and citations. Similarly, breaking helmet law results in a fine of roughly $200.

If you or someone you know has been injured while riding an electric scooter, contact a Sacramento personal injury attorney at our firm for legal advice.