Walkup, Melodia, Kelly & Schoenberger shareholder Michael A. Kelly is the number one “vote-getter” for the second year in a row after making the 2021 list of Northern California Super Lawyers. Kelly is also included on the “Top 10” and “Top 100” list of lawyers in Northern California for the 18th time.

“It’s an honor to have been recognized by Super Lawyers for the past 18 consecutive years among many of the most skilled and talented trial lawyers in the legal community,” said Michael Kelly.

Michael A. Kelly is one of the nation’s most prominent plaintiff lawyers, and his leadership in some of the most significant consumer protection cases has helped make the world safer. Kelly’s knowledge of Tort law is a primary reason he has served for 20 years as a member of the Judicial Counsel’s CACI jury instruction committee. Kelly has tried, arbitrated, or settled more than 200 cases where the recovery by his client exceeded $1 million.

Kelly’s stellar reputation and impressive track record earned him an invitation-only membership into the prestigious Inner Circle of Advocates. Most recently, Kelly led the litigation against the giant utility PG&E for the damage caused to residents by the Northern California wildfires and the devastating and deadly Camp Fire in Butte County. The PG&E bankruptcy cases, on behalf of wildfire victims, is considered the largest Tort Bankruptcy in U.S. history – with overall payment to victims totaling $13.5 billion.

In the last year, he filed and settled a lawsuit that requested Federal court intervention to force the City of San Francisco to provide safe sleeping sites to unhoused residents of San Francisco’s Tenderloin district. As lead attorney, Kelly represents (pro bono) UC Hastings, residents, and other businesses in the district that are suing the city over the dangerous public health conditions compounded by the COVID-19 pandemic.

Northern California Super Lawyers is a Thomson Reuters rating service and publication that lists outstanding lawyers, from more than 70 practice areas, who have attained a high degree of peer recognition and professional achievement. The objective of the selection process is to create a credible, comprehensive, and diverse listing of outstanding attorneys that may be used as a resource to assist in the search for legal counsel. Compiled through peer nomination and research, approximately five percent of the Northern California Bar received the distinction.

San Francisco-based Walkup, Melodia, Kelly & Schoenberger is one of the premier personal injury firms in the country specializing in the areas of personal injury and wrongful death litigation. Its attorneys have helped shape personal injury law while securing billions of dollars in financial compensation for injured clients. 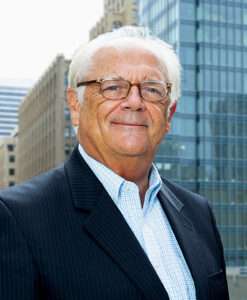