Lawdragon named Walkup Melodia Kelly & Schoenberger shareholders Richard H. Schoenberger and Doris Cheng to its 2022 list of 500 Leading Lawyers in America. The organization honors lawyers who represent the judiciary, public interest, dealmakers, plaintiff advocates, commercial litigators, disability lawyers, and more. Shareholder Michael A. Kelly is a current Hall of Fame Honoree, recognized for “the countless claims he has brought for injured plaintiffs, which have resulted in more than 175 verdicts and settlements worth in excess of $1 million.”

Richard Schoenberger has enjoyed remarkable success in his 33-year legal career. His outstanding skills and presence in the courtroom have made him one of California’s most highly respected trial lawyers. He has held or shared the record for the largest verdict in particular case types in San Francisco, Sacramento, Santa Clara, and San Mateo Counties.  A recent client received one of the largest personal injury verdicts in San Luis Obispo County history. Rich has achieved results, either through verdict or settlement, totalling in excess of $150,000,000, including more than 35 million and multimillion-dollar recoveries. Rich was named 2022 “Lawyer of the Year” by The Best Lawyers in America in the category of Medical Malpractice. He has made the Best Lawyers in America list for the past 15 years and is named one of The Best Lawyers in America for Medical Malpractice-Plaintiffs, Personal Injury Litigation-Plaintiffs, and Product Liability-Plaintiffs.

Doris Cheng is a prominent plaintiff lawyer known for her legal work and leadership as the 106th President of the San Francisco Bar Association. Doris ranks as one of the Top 50 women lawyers and Top 100 lawyers in Northern California. Ms. Cheng has obtained multimillion-dollar settlements and verdicts for disabled citizens throughout California, specializing in complex injuries caused by third party negligence. She is a former Chair of the Civility Matters! program and current national representative for the American Board of Trial Advocates (San Francisco Chapter). Doris is the 1st Recipient of the National ABOTA Champion of Justice Award and received the 2021 Outstanding Female Attorney Award from the San Francisco Trial Lawyers Association.  She has made the list of The Best Lawyers in America for the past 10 years. She is a standout litigator in Medical Malpractice Law-Plaintiffs, Personal Injury Litigation-Plaintiffs, and Product Liability Litigation-Plaintiffs.

Michael A. Kelly is one of the nation’s most highly respected trial lawyers. His leadership in some of the most significant consumer protection cases has helped make the world safer. Kelly’s knowledge of Tort law is a primary reason he has served for 20 years on the Judicial Counsel’s CACI Jury Instruction Committee. His stellar reputation and impressive track record earned Kelly an invitation-only membership from the prestigious Inner Circle of Advocates. Kelly led the litigation against the giant utility PG&E for the damage caused to residents by the Northern California wildfires and the devastating and deadly Camp Fire in Butte County. The PG&E bankruptcy cases, on behalf of wildfire victims, are considered the largest Tort Bankruptcy in U.S. history – with overall payment to victims totaling $13.5 billion. During the pandemic, he filed and settled a lawsuit that requested Federal Court intervention to force the City of San Francisco to provide safe sleeping sites to unhoused residents of San Francisco’s Tenderloin District. Michael ranked as the number one “vote-getter” on the 2021 list of Northern California Super Lawyers. Kelly is on the “Top 10” and “Top 100” list of lawyers in Northern California for the 18th time. He has received top honors as one of The Best Lawyers in America for 20 consecutive years. He has earned accolades for his results in Mass Tort Litigation/Class Actions-Plaintiffs, Personal Injury Litigation-Plaintiffs, and Product Liability Litigation-Plaintiffs.

Lawdragon’s annual Leading Lawyers in America guide is curated to shine a spotlight on civil trial lawyers who have earned the respect of their peers and clients, as well as a reputation as the country’s most seasoned and successful litigators. 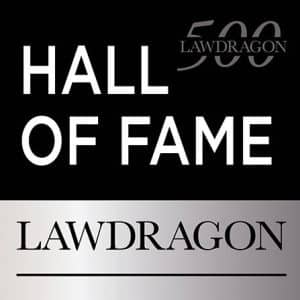