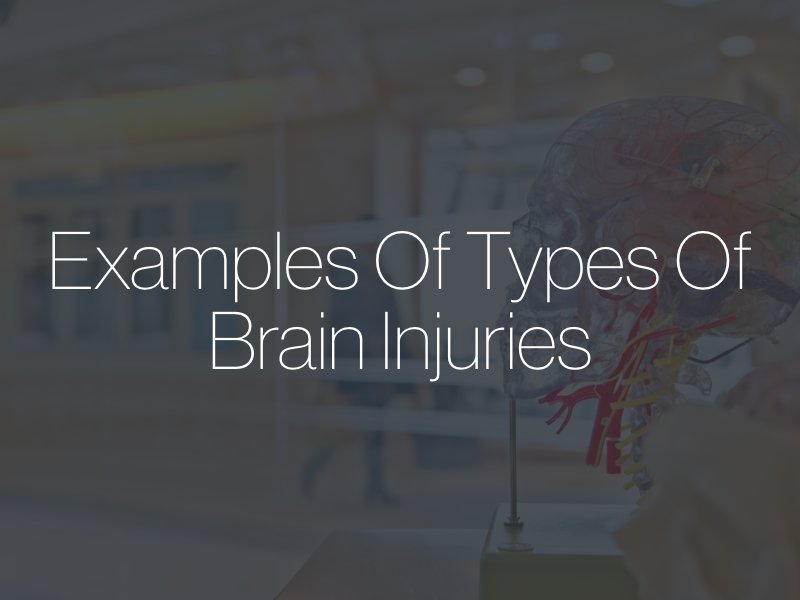 Most Common Types of Brain Injuries

Concussions are the most common type of brain injury a person sustains. These injuries occur as a result of vehicle accidents, sports injuries, slip and fall incidents, and other blows to the head. A concussion is considered a mild traumatic brain injury. Concussions can cause memory issues, disorientation, concentration problems, and headaches. Repeated concussions can lead to serious long-term damage, just look to the NFL CTE litigation as an example.

Individuals sustain an anoxic brain injury if their brain does not receive enough oxygen. A lack of oxygen to the brain can lead to brain cell death within four to five minutes after oxygen flow is halted. There are various ways that anoxic brain injuries can occur, including any type of incident that prevents oxygenated blood from flowing to the brain. This can include traumatic injuries that lead to significant bleeding, or chemicals that inhibit oxygen transfer inside the blood, suffocation, and medical emergencies such as strokes or heart attacks.

Regardless of the type of injury or how the injury occurred, victims and their families likely face a difficult road to recovery and a lifetime of financial costs. If the injury was caused by a careless or negligent party or entity, compensation may be available through a Sacramento brain injury lawsuit.