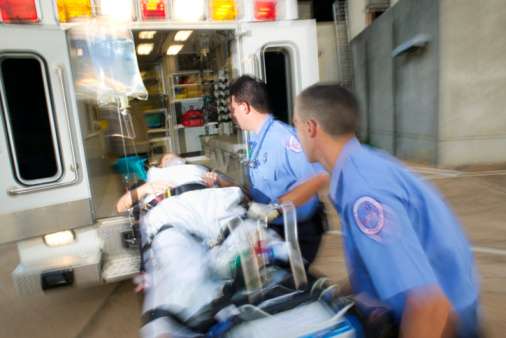 Authorities are investigating the cause of a deadly limousine fire that killed a newlywed Bay Area woman and four of her friends this weekend.

The limo was carrying nine women when it caught fire last Saturday evening as it was crossing the San Mateo-Hayward Bridge.

The women were reportedly all East Bay nurses out celebrating the marriage of their friend. One of the survivors told reporters that she alerted the limo driver of smoke before the fire erupted, but that the driver did not pull over immediately because he misunderstood and thought the women were asking for permission to smoke.

The fire engulfed the back part of the limo. Four of the women managed to escape by climbing over the glass partition between the driver and the passenger area.

Rescuers found the bodies of the bride and the four other women huddled up next to the partition that their friends squeezed through.

“In the 21 years I’ve been with the office – all deaths are horrific – but this is just very impactful,” San Mateo County Coroner Robert Foucrault told reporters. “And it’s probably the worst one I have ever seen.”

The driver is the only person who escaped the auto fire accident without injury.

“I’m trying to call 911 on my phone, and I’m shaking, it wouldn’t dial,” the driver said, explaining that it took him “five minutes” to call police.

The California Public Utilities Commission recently announced that it is considering fining the limousine company, Limo Stop, because it allegedly misrepresented the seating capacity of its vehicles. The limo that caught fire was carrying nine women, but the commission had cleared it for only eight passengers.

Limo Stop could face $7,500 in fines for each day it was in violation of the capacity limit. The limousine company will also likely face civil litigation from the families of the injured passengers.

From a legal perspective, limousine companies owe a heightened duty of care to passengers under the “common carrier” doctrine. This doctrine holds that any company that is a “carrier of persons for reward” must use the utmost care and diligence for their safe carriage and “must provide vehicles safe and fit for the purpose to which they are put.”

After a tragedy like this many questions remain unanswered. What caused the fire? Why were the passengers unable to escape? What was the driver doing to assist his passengers? Did one or more defects in the vehicle cause or contribute to the deaths and injuries?

State records show that Limo Stop was licensed and insured. The limousine company issued a statement that it would cooperate with authorities investigating the cause of the fire.